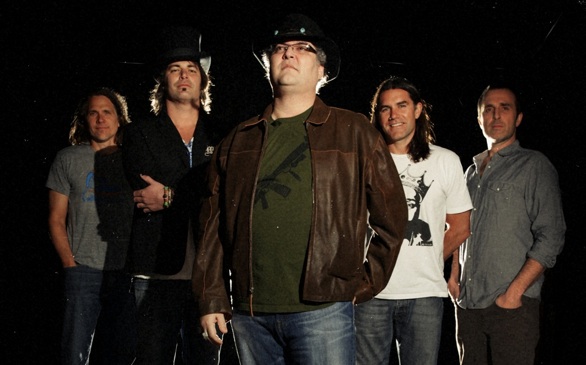 The all-star jam band ‘90s lineup made its Los Angeles debut on Friday, carrying with it some of the more respected acts from that era, some of whom are still contributing to the scene today. They have been going strong, releasing albums and keeping their venues full for roughly 20-plus years.

Cracker opened the show and got the room ready for Big Head Todd and the Monsters. Their set was the most aggressive of the night, and we were all reminded how good of a musician lead singer Todd Mohr is; seeing them live is better than listening to the CD, even two decades later. They brought their classics, but what really got things moving were tracks off their Robert Johnson tribute album.

The third band of the night was Blues Traveler, and sadly, theirs was way too short of a set. They dropped some new tracks, but had to end up doing a medley of their hits at the end because time was scarce. They have such a wide range of songs spanning 25 years, and were forced to only play 10 if that. All that aside, John Popper sounded great, and his trademark harmonica was on fire. The crowd definitely wanted more, but had to settle for what they got.

Wrapping up the show was Barenaked Ladies. I got their live CD over 10 years ago and it was awesome: tons of energy and action with the feeling of a huge stage show in a crazy circus.  This time around, it was pretty vanilla and very subdued. The band unfortunately never really got rocking. They did move around a lot and did some of their canned jokes, but not having Steven Page in the band seems to have had a big effect.

Kevin Hearn’s performance was lackluster at best. His head was down and he was aimlessly walking around the stage at times trying to be funny, but came off odd. The big thing about BNL is that they are known for their energy, and though they may have sung the songs, it didn’t feel like they meant it and the crowd knew it.

Despite a few shortcomings, overall it was a fun night to sing along and enjoy some good music that we already know by heart.