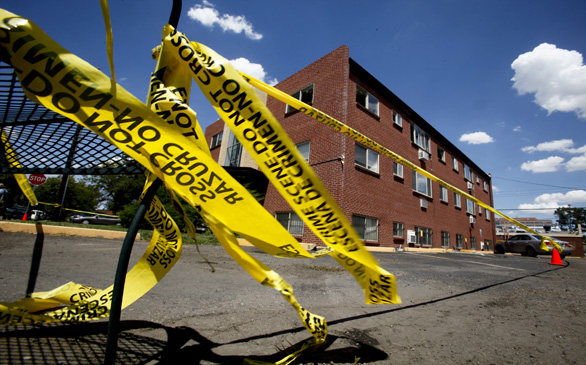 James Holmes, the lone suspect in a mass shooting at a movie theater in Aurora, Colorado, has been formally charged with 24 counts of murder to go along with 116 counts of attempted murder. The hearing, where the charges were brought upon, took place Monday, July 30. According to numerous reports, Holmes, 24, allegedly opened fire at a July 20 midnight premiere of The Dark Knight Rises. The scene left 12 people dead and 58 others wounded before he surrendered to police.