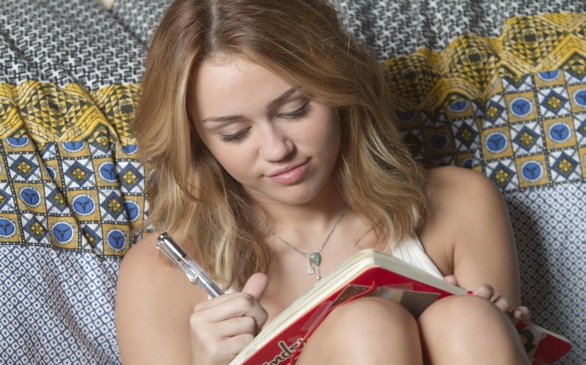 The Majors: Miley Cyrus stars in LOL, a coming-of-age comedy for the Facebook generation. Lola has to juggle complicated high school relationships in the digital age, with an overprotective mother (Demi Moore) who reads her diary.

A star-studded cast, including Eddie Izzard, Elijah Wood and Donald Sutherland, star in the action-packed update of the classic pirate adventure “Treasure Island.” The miniseries follows a young lad who finds a treasure map and enlists a crew of sailors, only to discover they’re a bunch of backstabbing mutineers.

Kelsey Grammer commands the screen as Tom Kane, the head of a powerful Chicago political machine in “Boss:” Season 1. Diagnosed with a fatal illness and with his political enemies closing in, Grammer increasingly runs the city more like a gangster than a politician as he tries to maintain power.

In honor of its 25th anniversary, “Star Trek: The Next Generation:” Season 1 comes to Blu-ray in a beautifully restored set packed with bonus features for diehard Trekkers. The series follows the continuing adventures of the Starship Enterprise, with Captain Jean-Luc Picard (Patrick Stewart) at the helm. A fantastic ensemble cast and socially relevant stories made this series live up to the original.

The final season of Aaron Spelling’s other classic ‘90s series, the racy primetime soap “Melrose Place” hits DVD. The show follows the residents of a trendy West Hollywood apartment building as they try to make it in the big city while falling in and out of love with each other. Alyssa Milano and Heather Locklear star.

In the tradition of “Addiction,” HBO’s latest documentary series “The Weight of the Nation” sheds light on perhaps the country’s most pressing public health issue: obesity. From heat disease to diabetic children, obesity is robbing Americans of their lives and draining the resources of our medical institutions.

Funny Business: The Farrelly brothers revive everyone’s favorite knuckleheads in The Three Stooges. The trio of simpletons set out to save their childhood orphanage only to find themselves in the middle of a murder and the stars of a reality show. Chris Diamantopoulos, Sean Hayes and Will Sasso are Moe, Larry and Curly.

Stranger Than Fiction: Foodies will rejoice in the documentary Jiro Dreams of Sushi, the story of master sushi chef Jiro Ono, an 85-year-old Japanese artist who operates from a 10-seat restaurant in a Tokyo subway station.

The Horror! The Horror!: Elizabeth Olsen is proving herself to be one of the most engaging young actresses around. She single-handedly carries Silent House, a tense thriller about a young woman who becomes trapped in her parents’ lakehouse and finds there is another presence there.

Under the Radar: Mel Gibson returns to what he does best in the action flick Get The Gringo. Gibson stars as Driver, a career criminal who just made a big score. But a high-speed chase with the Border Patrol leads him to crash his car in Mexico and lands him in a hardcore prison known as “El Pueblito.” Now in order to survive, he has to rely on a 10-year-old kid.