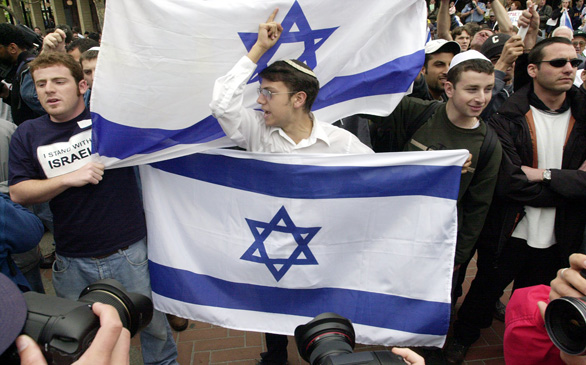 Religious protests, such as Pro-Israeli protests, have taken place at UC Berkeley in the past..
(Credit: Mark DuFrene/Contra Costa Times)

A study of religious bias being conducted on UC campuses has now become controversial. According to the Los Angeles Times, the current debate is being stirred by studies UC commissioned about how to cool tempers and whether anti-Semitism and anti-Muslim bias are serious problems on the system's 10 campuses. Moreover, the studies have found that "Muslims feel their rights have been suppressed and some Jews think anti-Israel protests have become anti-Semitic."

Though the reports recommend certain things, they have created much debate around religious communities.