Mobile Dating Apps: Will You Find Sex or Love? 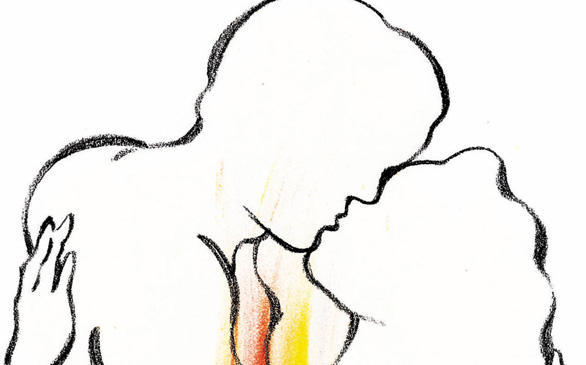 Mobile dating app usage is on the rise. According to a report from Juniper Research in 2011, social media users will grow from 650 million to 1.3 billion by 2016.

The study also states, “The mobile dating market is expected to be worth $2.3 billion by 2016” due to the increase in usage.

However, though the purpose of these mobile dating apps is to meet new people and just date, “dating” actually has another connotation in the mobile app world: sex.

I’m not here to entice you into joining such promiscuous means of social networking and mobile app usage. Rather, I’m here to prove a point, warn you and more importantly: I’m here to share my story based on two weeks of personal experiences with the mobile dating app, Blendr.

According to the website, Blendr is a new social networking app that can be utilized to meet people, make new friends, chat, flirt and even date. I asked around about this app and came to gather a little too much information.

A lot of the people I questioned told me that Blendr is the “straight” version of Grindr (a geosocial network with an app geared towards gay, bisexual, and bi-curious men created by Joel Simkhai, who also founded Blendr). In brief, rumor has it that both of these apps are used as a means to find sexual partners (friends with benefits, one-night stands, romantic dates, unfaithful lovers, etc.), among other things.

A report by The Los Angeles Times in September 2011 indicates that Simkhai said that even married people could find a platonic buddy through these apps.

According to The New York Times, “The creators of Grindr and Blendr promote the apps as ways to make new friends or meet people with similar interests, but Grindr promotes dating as one of its main uses.”

I became even more aware of Blendr through a friend who is a current student at…let’s just say “Fight On!” Hours after this brief discussion, I gradually began to cultivate my curiosity by hitting the Internet nonstop to collect all the necessary data about Blendr.

Today, the Blendr app underwent an upgrade in its software. I’ve yet to download the “new version” on my iPad or iPod Touch, but I did for my iPhone (and no, it’s not the iPhone 5). Currently, the Blendr app is being developed for the Android.

The new software requests users to different types of service fees to gain more closure on the app. Practically, what it does is facilitate the process of engaging with people more rapidly and accurately. But Blendr didn’t sport this element before; it’s always been a free service on top of it being a free app. In fact, I’m still perplexed as to why they’re beginning to charge for certain features, but let’s just say that nothing in life is free.

Many of Blendr’s features remain actively open at no cost. That’s good, but not good enough for people to stay. People have begun to make complaints via Blendr’s Facebook fan page regarding the changes.

“Dudes, what the hell did you do? This is pure evil. Thanks for taking something simple, fun and intuitive and just crapping all over it,” one user says while making an obvious complaint about the new software. (I concur with this person by the way).

Another user says, “Oh my god! You have totally destroyed the service! Congratulations...”

At first, I didn’t know what photo to upload when creating my profile on Blendr. I was both scared and concerned. Nevertheless, I gathered sufficient courage to not only upload a decent picture of me, but to be as truthful as possible in sharing personal, professional, educational and sexual information. My profile currently states that my ethnicity is a mixture, I’ve earned advanced degrees, I’m single and I’m attracted only to my opposite sex (women).

Within 10 minutes, I completed my account and profile and it became publicly visible to the world. On the first night, I tested the app by logging in every hour or so. I looked at some profiles but didn’t reach out to anyone. The second day was a different story. Both men and women started contacting me directly via the chat room, which is like direct messages that no one else but those two parties can see.

The men contacting me conveyed their appreciation of my curls and smile, among other flirtatious comments. I responded to all four men by writing, “Thanks!”  Immediately, I began being bombarded with sexual proposals, invites to dinner and other things. Once that occurred, I blocked all four men so they could no longer reach out to me. I experienced an uncomfortable zone by that point, and I didn’t log on to the app until an approximate 15 hours after.

That was another mistake; I had 11 messages from 11 different women. Some said hello, some made compliments, some asked questions and some sent me photos of them. I thought of it for a couple of hours and I could not make sense as to why so many women contacted me.

Two women asked me to share the size of my precious gem while requesting photos of it, as well. I blocked them instantly. Five women sent me naked photos. I would never have thought some women could be so promiscuous, but such people do exist, at least virtually. I ignored these women, and I blocked two because they became annoying at one point.

After a few days of using this network, I considered myself a mediocre expert. I began reaching out to women to see where it’d lead me. It led me everywhere, but I never committed to anything or anyone. I virtually met black, Latin, American, Asian, European, and Caribbean women. Blendr is diverse, as it shows from my personal experience.

Interestingly enough, the women I contacted were indeed nice and mostly looking for a significant other. But for some reason, they always remained opened to random sexual activity with me. They’d bring up the subject, and I’d follow along often. It led to nothing, however, although it could have been an adventurous journey had I actually met up with these women who were (18 to 45 years old) in the greater Los Angeles area.

Anyhow, I never gave my phone number nor did I commit to meet anyone. I’m certain that if I’d done just that, numerous things could have occurred. Good thing I’m not a bad boy.

For what it’s worth, Blendr works very well. And I’m sure it works wonders for many, too. Aside from Blendr, I tested DateRadar and LocalSin. DateRadar is the by far the stupidest, useless and worthless app ever; no one is even on it. LocalSin works, but at a price. It’s just like Blendr but for the mature adult and more experienced people in random hook-ups.

I wanted to use Grindr for more research, but my initial experience with Blendr immediately rubbed that thought out of my head. However, according to more than 20 people who I spoke to, Grindr is three-four times more radical than Blendr. Is that even possible?

While dating apps on mobile devices have proven to work at different levels, I’m inclined to just let them be and live my slightly above average life as is. Besides, I’m not one to go chasing women for romance and sex; people should always have standards and limits. If not, apps such as Blendr could result being an addiction for some. To make matters worst, there’s danger out there…you just don’t know it until you experience a misfortune.

But dating  apps do work. It’s up to you to try them. If so, Blendr and Grindr are a start.

Sex & Relationships
Is being ‘emotionally unavailable’ holding you back?
2,294 views