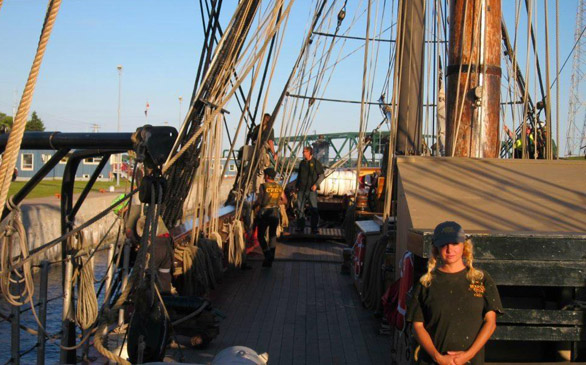 Claudene Christian, a graduate of USC, was found dead at sea during Hurricane Sandy. Christian was a crew member on the HMS bounty, a replica of an 18th century ship. She was found unresponsive in the ocean off the North Carolina coast Monday evening, one of two crew members that had gone missing when the Bounty began taking on water, according to the Huffington Post LA.