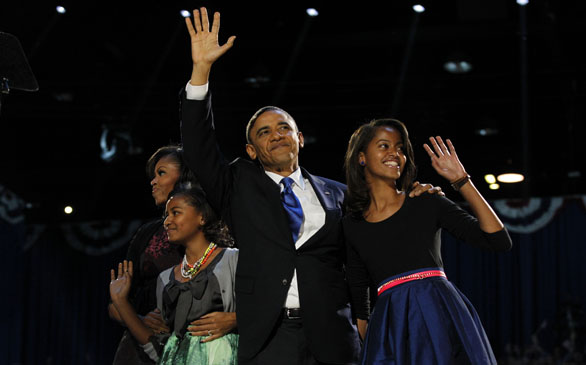 Barack Obama won his second term as U.S. President late Tuesday night. Obama claimed a commanding electoral mandate (at least 303 electoral votes to 206 for Romney) and had a near-sweep of the nine most hotly contested battleground states. Obama acknowledged and celebrated his victory from Chicago.