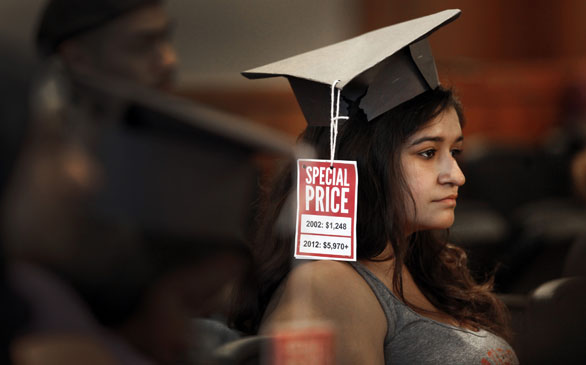 Two days after Proposition 30 passed, the Cal State University system is seeking a series of new fees on some students next fall. Such proposed fees were released Thursday. Proposition 30 is a tax measure that allowed the university to rescind a $249-per-semester tuition increase that took effect in the fall. Voter approval of the proposition means the university will avoid a $250-million funding cut in January, after absorbing a $750-million cut last year, according to the Los Angeles Times.