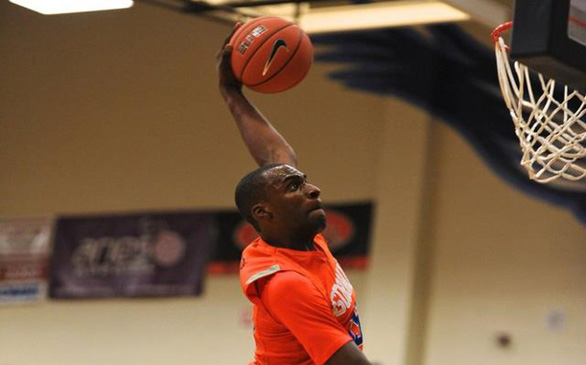 UCLA freshman Shabazz Muhammad has been reinstated by the NCAA. He is now clear to play this season. It was announced Friday evening. The decision comes after UCLA filed an appeal.

“I am excited to be able to play for UCLA starting next Monday," said Muhammad. "My family and friends were very supportive of me throughout this process and I couldn’t have gone through this without them.”

Muhammad, a 6-foot-6 shooting guard ranked as the No. 2 high school player in the nation last season, will be eligible to play on Monday as UCLA plays Georgetown in the Legends Classic in New York.

“I am relieved that this long, arduous process has come to an end," said Ben Howland, head coach of the men's basketball team at UCLA, in a prepared statement. "So many people worked very hard on this case and I am eternally grateful to them as well as the Bruin family, who stood by us throughout. I am pleased that Shabazz will be able to begin his collegiate career.”

Earlier this month, an NCAA investigation discovered Muhammad had received impermissible benefits in the form of travel expenses and lodging during unofficial visits to the schools of Duke and North Carolina.

“We are extremely grateful that this matter has come to a conclusion. I want to recognize that a lot of long hours and tireless effort were put into this process by staff members from UCLA and the NCAA, as well as by Shabazz Muhammad’s family," said UCLA Athletic Director Dan Guerrero. "This entire process has been challenging on many fronts, but we believe strongly in the principles of fairness, integrity and due process. We are satisfied with the outcome and pleased that Shabazz will be able to join his teammates on the floor, representing UCLA in Brooklyn on Monday night.”

However, the family of Muhammad has to repay approximately $1,600. The three games Muhammad already has missed will serve as his suspension.