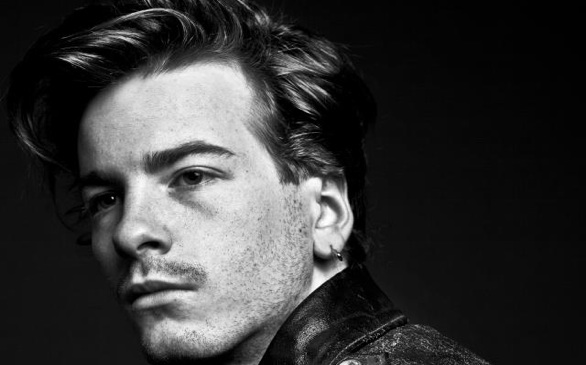 Nostalgia ruled the day on the Faint's recent tour. In celebrating the dance-rock album that put the Omaha band on the map, 2001's Danse Macabre (Saddle Creek), the quartet would blast through that classic in its entirety. The concept enraptured fans in their late 20s and early 30s, transporting all of them back to their college years. In discovering the Faint, these concertgoers might have expanded their horizons to the sullen but ensnaring Joy Division, the brooding yet bubbly Cure or perhaps the seductive Siouxsie and the Banshees.

The Faint's tour mate Trust took the party to these '80s echelons and back again. This mysterious Canadian duo, featuring Maya Postepski of Austra on the recordings, is like Bauhaus' scion. Sexy and truly macabre synths snake around discotheque-ready beats, while singer/keyboardist Robert Alfons' alabaster vocals haunt the choruses.

But there's also something distinctly modern about Trust. Instead of dousing themselves in globs of mascara and ghoulish face paint, Alfons and his unnamed backing instrumentalist – Postepski sat this show out – were fresh-faced. Uniformity to the genre of Industrial Dance Music was of no concern to this pair.

The front man ran his fingers through his tastefully floppy blond 'do as he jumped up and down in his prisoner-meets-mechanic garb. Alfons had this impeccable Euro-influenced vibe to him and his music, something that wouldn't be out of place at one of Los Angeles' premiere IDM clubs, Perversion.

As latecomers filed in, more and more were hypnotized by Trust's spell. Resistance to the thrum of the sultry songs became increasingly impossible, as head nods evolved into full-on enraptured flailing. Alfons' versatile voice crept from a guttural demon to a mewling, effete thing, creating an unsettling but intriguing ride. The crowd was taken down the spooky abyss of "Gloryhole," all New Order rhythms and boot-stomping time signatures. Other synth fever dreams from the twosome's debut, TRST (Arts & Crafts), set the concert hall ablaze with Reagan-era throwback energy.

Ironically, the cover art of TRST features a disheveled androgynous being in caked, humorous makeup. Maybe the musicians selected that image to show exactly what they aren't tired rehashes of a bygone decade. One can tell that Alfons and Postepski poured their souls into this project; it doesn't seem like a hokey afterthought schemed up by too-cool Canucks. They breathe this darkness. It becomes them. And the band name itself suggests, "Trust us. We're sincere about this. We were brought up on Depeche Mode and Love and Rockets, and have such a reverence for them…we want to do this right."

And right they were. Trust's opening gig for the Faint was the perfect soundtrack to forgetting the perils of modern times. This was heady, stark escapism. Peter Murphy would be proud.