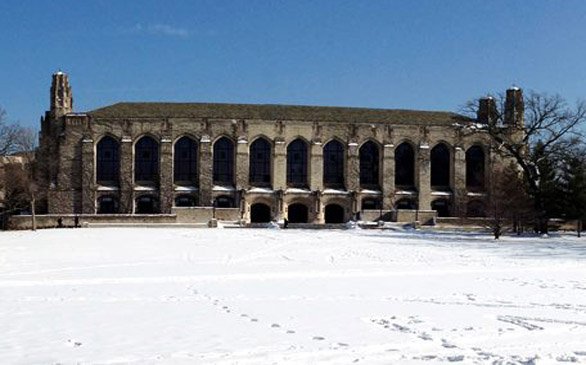 Responding to pressure from a student alliance, Northwestern University has established a committee to investigate the history of John Evans, a university founder connected to one of the worst massacres of Native Americans in the country's history.

John Evans - the namesake of the city of Evanston - was territorial governor of Colorado in 1864 when a militia of about 700 men attacked a temporary village of Southern Cheyenne and Arapaho people at Sand Creek. According to the National Park Service, the soldiers killed 165 to 200 Native Americans, about two-thirds of them women, children and elderly.

Known as the Sand Creek Massacre, it is considered one of the worst acts of genocide in the country's history and led to Evans' removal from his governorship after a congressional investigation.

According to the Native American and Indigenous Student Alliance at Northwestern, the university has ignored that part of Evans' history. Evans continued as a major benefactor and member of Northwestern's board long after details of the massacre came to light.

In a statement, Provost Daniel Linzer said: "The year 2014 will mark the 150th anniversary of Sand Creek, so it is appropriate to assess how and what we report about John Evans as part of our institutional history, and if and in what way we should continue to recognize his contributions to the university. Although Sand Creek occurred 13 years after the establishment of Northwestern, we would like to know in detail the nature of John Evans' relationship with the university when he was territorial governor and afterwards."

Evans was a railroad magnate who had a vested interest in train lines running through Colorado. The committee will look into whether Northwestern received financial support from Evans that "could be attributed to wealth he obtained as a result of policies and practices he pursued while territorial governor regarding the Native American populations there."

The committee is charged with delivering a report to the provost by June 2014.