The Master, Anna Karenina and "Game of Thrones": Season 2 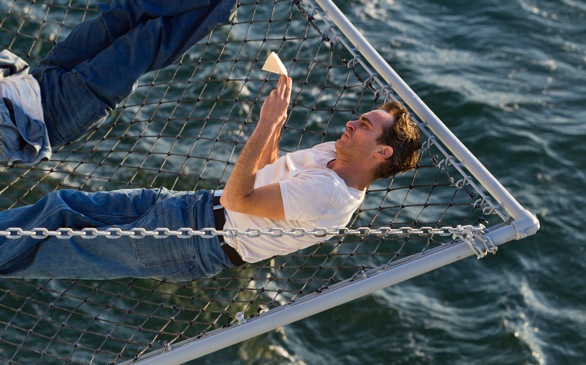 The Majors: Based on the early years of Scientology, The Master follows a megalomaniacal L. Ron Hubbard-esque figure (Philip Seymour Hoffman) as he travels the country converting people to his new religion, which promises to heal old mental wounds. Joaquin Phoenix gives a frighteningly realistic performance as a shattered veteran seeking answers.

The Horror! The Horror! Ethan Hawke stars in Sinister, an unnerving take on the found footage genre. Hawke plays a true crime writer desperate for his next success, so he moves his family into a house that was the site of some grizzly murders. He soon finds a collection of films detailing the decades-long career of a serial killer.

The Idiotbox: One of TV’s best dramas, “Game of Thrones” returns for Season 2. Tyrion (Peter Dinklage) takes the mantle of Hand of the King to try to maintain order as his young nephew’s cruelty mounts. Meanwhile, Robb Stark assembles allies in his march toward the capital. Bonus features will help you keep all of the kingdom’s many lands and warring factions straight.

Everyone’s favorite pot-dealing suburban mom is back for one final hurrah in “Weeds:” Season 8. This season finds Nancy (Mary-Louise Parker) recovering from a hitman’s shot to the head and contemplating why she survived as she tries to salvage her family life.

The latest “Battlestar Galactica” spin-off, “Blood & Chrome” follows a young William Adama (Luke Pasqualino, “The Borgias”) as a fighter pilot assigned to the Galactica during the first Cylon war. A routine escort mission becomes a pivotal chapter in the war against the deadly A.I.

In time for the sequel episode, “Adventure Time:” Fionna & Cake collects the fan-favorite Bizarro world episode, in which Finn and Jake are re-imagined as a girl and a cat out to save the Candy Kingdom and Prince Gumball (Neil Patrick Harris). It’s possibly TV’s most demented and hilarious cartoon.

Blu Notes: One of mockumentary king Christopher Guest’s funniest, Best in Show follows various eccentric dog owners and their spoiled pets as they compete for the title of top dog. Guest assembles his usual company of brilliant improvisers.

A Pixar favorite looks even better with the release of the 3D Blu-ray Monsters, Inc. Ultimate Collector’s Edition. This five-disc set includes the DVD and standard Blu-ray formats and comes loaded with extras, including a new bonus short starring Toy Story’s Rex.

Hats Off to Dr. Seuss brings five of the beloved author’s classic TV specials, including The Lorax and How the Grinch Stole Christmas, to one collection, along with a bevy of bonus features: a booklet of Dr. Seuss artwork, a documentary and bonus films.

Arnold is back and sharper than ever in The Terminator re-mastered edition on Blu-ray. James Cameron’s landmark sci-fi action film contains the special edition DVD’s featurettes and deleted scenes.