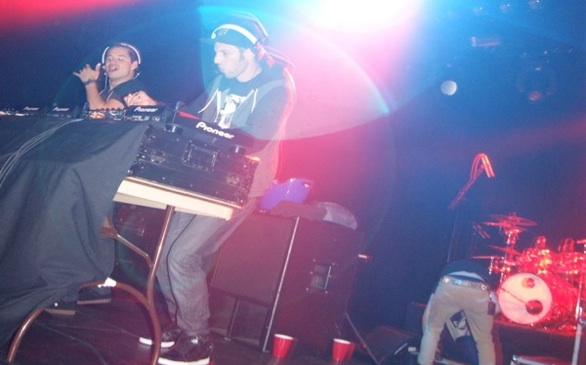 French EDM artists Dirtyphonics took the stage at Club Nokia as part of a sick line-up of some of the most popular drum and bass dubstep acts around. They injected the night with a vitality that made everyone in the house go crazy.

Ravers let loose with Dirtyphonics' high-energy bass and epic tracking that didn’t cut anyone a break. Everyone felt the need to keep moving, keep jumping, and the entire place vibrated because the sound system was being ravaged by the raging music. Those who dressed warmly soon began to unshed clothes because the set was definitely more of a workout.

With tracks like “Chaos,” which features a combination of electronic and classically symphonic notes, the night celebrated the melding of genres true to the heart of re-mixing. One of the tracks even sampled a very memorable quote from Disney’s Wreck-It Ralph. Ralph’s signature “I’m gonna wreck it!” was laid over a fun rhythmic track, which was made even better with John C. Reilly’s (the voice of “Ralph”) sampling (it’s not a bizarre crossover; Wreck-It Ralph made a mark on the EDM crowd with its collaboration with Skrillex).

The house was most definitely wrecked by the time the closing number “Walk in the Fire” came on. The insane mix of ravers turned into a most pit as they played the metal-infused closing track of their new album, Irreverence.

The Dirtyphonics put on a fun show. Their fresh showmanship combined lights, genres and the best bass dropping around with genius musicianship.