As Restaurant Attendance Declines, So Do Prices on Menu 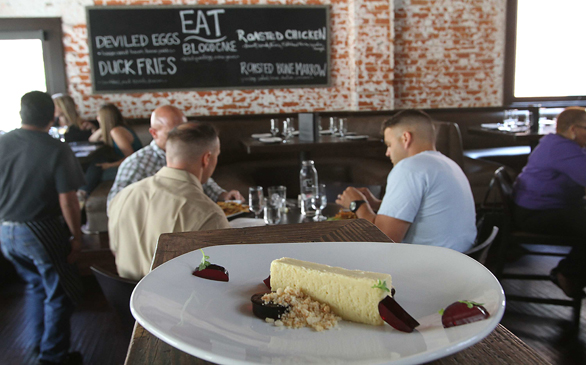 On Thursday, Taco Bell announced that it would replace its current value menu with a "$1 Cravings" menu. The menu is currently testing in Sacramento and Kansas City, and Taco Bell reps say that they are confident that the line will go national soon. The drop in menu prices is partly due to the recent decline in restaurant customer traffic; the National Restaurant Association reported that attendance has been down since last December. Even non-fast food restaurants such as Olive Garden and Applebee's have been feeling the revenue loss and have been forced to run discounts and promotions to increase traffic.

Blog
There’s a $1,000 steak served in a box at this Miami Beach restaurant. We have questions
1,692 views

Blog
Keto vs. Mediterranean diet: Which is the best choice for diabetics?
666 views