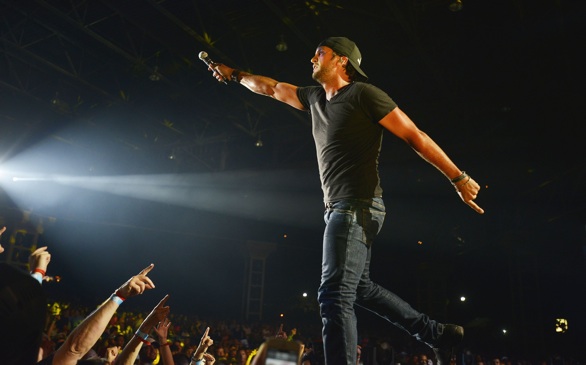 Luke Bryan's album Crash My Party is setting records and climbing the charts. So far, it has sold more than 500,000 units (527,783 to be exact), making it the biggest sales debut for a country male artist since 2004.

"I’ve never been this excited about an album that I have put out, and the response I have gotten is really humbling and mind-blowing to me,” said Bryan in a prepared statement.

Crash My Party also topped both the Billboard 200 and Country sales charts, and it is the third highest album to debut across all genres this year.