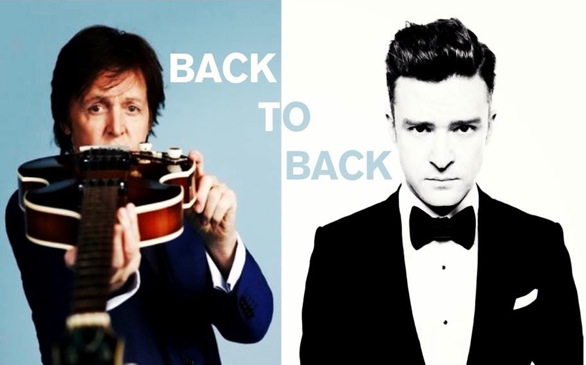 Expect delays and traffic if you're near Hollywood Boulevard tonight and tomorrow.
(Credit: Facebook.com/JimmyKimmelLive)

“Jimmy Kimmel Live” will host an epic two-night concert event featuring Paul McCartney and Justin Timberlake in the heart of Hollywood. One-quarter mile of Hollywood Boulevard will be shut down, from Highland Avenue to Sycamore Avenue, as a record-breaking number of fans will show up for this musical spectacle.

On Monday, Sept. 23, McCartney will make his first appearance on the show before the live concert. During the second night on Tuesday, Sept. 24, Justin Timberlake will talk with Kimmel about his new role in the movie, Runner Runner, which is expected to be released on Oct. 4. Timberlake will then present his songs from his newest album, The 20/20 Experience - 2 of 2. The album will be released storewide on Sept. 30.

This two-night concert event is a live and free experience for the fans. Kimmel partnered with the new Myspace, which will live stream the concerts so fans all over can watch. To see the live streaming, go to “Jimmy Kimmel Live Stream” concert series on Myspace.