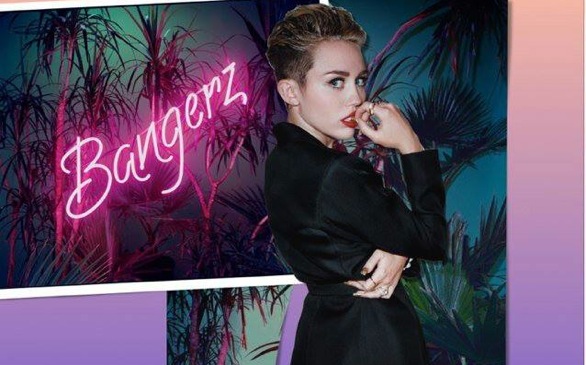 Miley Cyrus might be crying tears of sadness in her "Wrecking Ball" video, but we bet those will turn into tears of joy since it has been announced that her album Bangerz is a hit! It has debuted at the very top of the Billboard 200 chart. The "We Can't Stop" singer sold 270,000 copies with the new album; it is her fifth No. 1 career debut.

Meanwhile, Panic! at the Disco debuted at No. 2 with Too Weird to Live, Too Rare to Die!