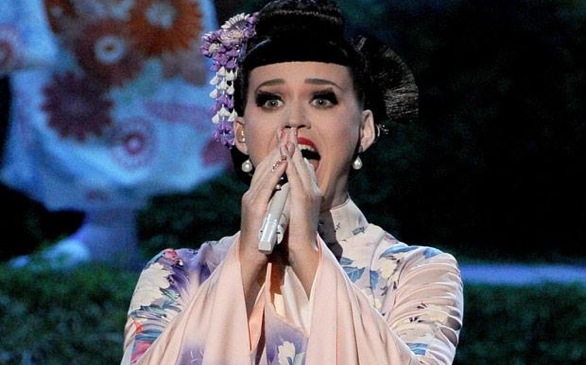 The 41st American Music Awards was full of unforgettable moments, both good and bad.

Rapper Pitbull surprised many of us with his show-hosting skills. He opened with a funny monologue and jokes about twerking, poking fun at Miley Cyrus. His smooth charm and positive attitude really made the show enjoyable. He also performed “Timber” with Ke$ha and was not afraid to show off his dance moves.

As far as performances go, Katy Perry's was quite controversial. She performed the song “Unconditionally” while donning traditional Japanese outfit, which many thought was racist, as if the whole scene was played out from Kill Bill. At the end, she disappeared into smoke.

Cyrus’ “Wrecking Ball” performance was ridiculous. The singer dressed in a super tight outfit patterned with cats' heads all over. Behind her, a giant projection of a cat winked and lip-synched the song as Cyrus sang. It was a joke and definitely a wrecking performance. Unfortunately, it was the closing act of the show.

“Do What You Want” performed by R. Kelly and Lady Gaga was a performance that no one will forget. The unlikely duo started in a mock Oval office where “President Kelly” watched “Secretary Gaga” strip down to her sparkling one-piece. In the middle of the routine, Kelly shouted out about their “affair” being posted on Instagram. It ended with Kelly playing piano and Lady Gaga belting out her chorus with the screens behind them showing headlines criticizing Gaga’s body - definitely an "SNL"-esque musical performance.

TLC’s Rozonda “Chili” Thomas, Tionne “T-Boz” Watkins and Lil Mama sang “Waterfalls” in honor of Lisa “Left Eye” Lopes. Dressed in old, white TLC outfits and sparkling silver bras, they sang together as “Left Eye” projected on the screen behind them. Lil Mama can never replace “Left Eye,” but it was certainly a special rendition.

The award nominee list was full of musical talents. This year, Taylor Swift and Justin Timberlake both won three awards each until Swift grabbed the biggest award, Artist of the Year, for the third time in a row. Her album Red won Favorite Country Album, and Swift won Favorite Country Female Artist and Favorite Female Pop/Rock Artist.

Tennessee-raised Timberlake’s awards did not shock us. Winning Favorite Male Pop/Rock Artist, Favorite Soul/R&B Artist and Favorite Soul/R&B Album, his 20/20 Experience albums proved he is on his A-game. For one of his acceptance speeches, he joked back at his presenter, comedian Sarah Silverman, by saying, “Growing up in Memphis, Tennessee, I can say this is the first time I have ever been racially profiled by a white woman.”

Rihanna was another star to remember last night. She not only looked her best in a sexy, sleek black outfit, but she also took home the first ever Icon Award. After her “Diamonds” performance, her mother Monica Braithwaite, presented the award. It was a highlight to remember as Rihanna thanked her mother and the fans’ support during her musical career.

The AMAs was also full of Latin tributes. In addition to Pitbull as the host, Marc Anthony won an award, and Jennifer Lopez rocked the stage. She sang a musical medley to honor the Queen of Salsa, Celia Cruz. She did multiple wardrobe changes in a flash, and she had a stage full of dancers, including her boyfriend, Casper Smart. It was an eccentric performance.