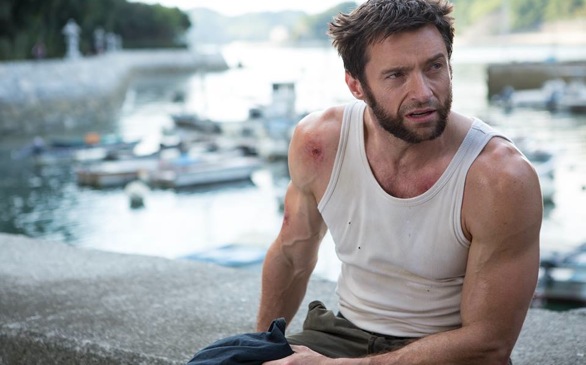 The Wolverine is currently availble on DVD and Blu-ray.
(Credit: Facebook.com/TheWolverineMovie)

The Majors: The unexpected death of Paul Walker gives Fast & Furious 6, the latest in the long-running car crash series, a morbid fascination. The series has reliably offered exactly what audiences wish from these action films: muscle-bound tough guys glowering as they drive fast cars, and the sixth sequel doesn't deviate from that reliable formula. The series has never offered anything that even barely resembles emotional development, but Walker's death allows viewers to supply that emotional heft where the film itself cannot. Along with Walker, fellow stars Vin Diesel and Dwayne Johnson remain so perfectly suited for these types of action films that any judgment of their actual performances is irrelevant. They graciously cede the scene to the cars that are the real draw.

Hugh Jackman may be a more accomplished actor than the Fast & Furious stars – one shudders at the prospect of Vin Diesel playing Jean Valjean – but The Wolverine, the latest in the X-Men series, contains no trace of the nimble, engaging star. The title character may be the most popular of the numerous stars of the X-Men films, but this hardly means that Wolverine is sufficient to anchor a film without the mutants that populate the other movies. There is a semblance of a plot that takes Jackman to modern-day Japan, but that exists primarily to pit Jackman up against villains with samurai swords instead of the usual guns and tanks. Wolverine may have made Jackman a household name, but his latest turn as the mutant hero shows that it is time for him to retire his claws.

Of all the actors who could play a variation of the "Jersey Shore" star “The Situation,” Joseph Gordon-Levitt ranks only slightly more plausible than Michael Cera. However, Gordon-Levitt chose to adopt that persona for his directorial debut, Don Jon. Gordon-Levitt might have grown up into a credible adult actor, but he still maintains the plucky innocence of a former child actor, making him all wrong for his role as a New York gym rat with an addiction to Internet pornography. Still, Scarlett Johansson gives a terrific comedic performance as his love interest, and while her "Joisey" accent may have been lifted wholesale from a “Saturday Night Live” sketch, Johansson makes a fine heir to Marisa Tomei's iconic My Cousin Vinny character. Both Gordon-Levitt and Johansson started acting as young children, but Don Jon shows that only one of them has truly grown up.

The Idiot Box: NBC made a huge gamble by remaking the durable musical The Sound of Music for live television, which appears on DVD after its ratings success for the ailing network. On DVD, there is no longer the curiosity factor to see whether some disaster might occur, thus rendering it inessential viewing. It would be far better to merely watch the 1965 Robert Wise version with Julie Andrews than be subject to Carrie Underwood's performance as Maria. Reviews for Underwood excoriated the “American Idol” winner, but considering how unsuited the country singer is for the part of an Austrian nun, Underwood's failure is not entirely her own fault. Even this misbegotten version has one touch of greatness: theater legend Audra McDonald as the Mother Superior shows why the actress has won five Tony Awards in 15 years.

One of the more unexpected recent successes on television was the FX drama “The Americans,” featuring Keri Russell and Matthew Rhys as KGB agents stationed in America during the Cold War. Russell and Rhys, both best known for solid work on light dramas, do superb work in this hard-edged, gripping tale, a welcome wrinkle to the antihero trend that has dominated television. Reliable character actress Margo Martindale does her finest work since “Justified,” her last foray into FX dramas.

Blu Notes: To capitalize on the release of Saving Mr. Banks, Disney has released a Blu-ray edition of the children's classic Mary Poppins, the Julie Andrews vehicle that remains a beloved yet deeply strange film nearly 50 years later. Like so many of the animated Disney classics, Mary Poppins is relentlessly wholesome, yet with an undercurrent of twisted sadism. Children may love the cheerful supernatural nanny, but an adult viewing the film for the first time since childhood will easily recognize how creepy and insane Mary Poppins is. Children and adults alike will agree, however, that Dick Van Dyke's Cockney accent is among the worst ever recorded to film. Mary Poppins may be a disturbing character, but this is what helps ensure its place among the classics, like so many other children's films that have a dark side percolating underneath.