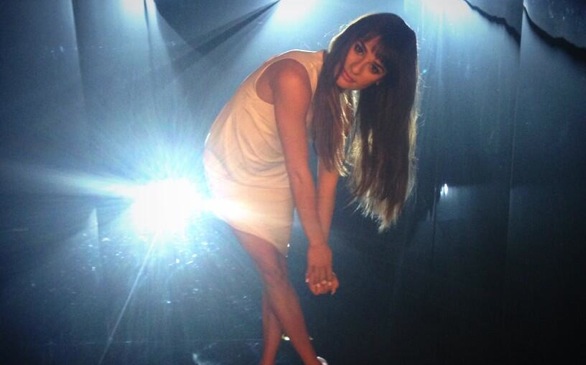 Lea Michele on the video shoot for 'Cannonball.'
(Credit: leamichelemusic.com)

Lea Michele has finally debuted the emotional, yet inspirational, music video for "Cannonball," the first single from her upcoming album, Louder.

The video begins with the "Glee" actress trapped in a rundown mansion, dressed in black with edgy hair and makeup. But as it progresses, the 27-year-old begins to see the light and breaks out of her emotional state, donning a white dress instead of the black and singing in front of beautiful colored lights.

"Cannonball" was written by Sia, and Michele told MTV, "...I just felt that 'Cannonball' was the perfect first song for people to hear from this record...It just really explains where I am right now, and it's been such an inspirational song for me. It's been such a rock, such a source of strength for me."

Michele has had quite an emotional year, ever since her boyfriend and fellow "Glee" castmate Cory Monteith died in July.

In a statement she said, “Louder really encompasses my experiences over this past year and my journey as an artist up to this point. There’s a lot of emotion but it’s also very encouraging and hopeful—it’s about pushing forward and living your life in a way that’s louder, stronger and bolder. I’m so excited to share this new side of me with my fans.”

Fans can expect to get their hands on Louder March 4.

Check out Lea Michele's "Cannonball" music video above, and tell us what you think!