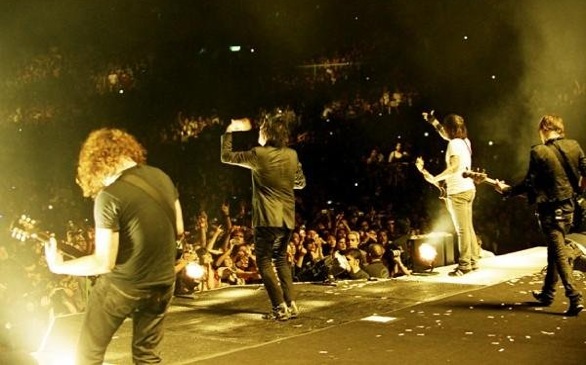 My Chemical Romance unheard song is an
(Credit: Facebook.com/MyChemicalRomance)

Since My Chemical Romance first formed in 2001, the band has released four albums and has won numerous awards. Now, 13 years later, the band says goodbye to its career with a greatest hits compilation, May Death Never Stop You, and a never-before-released song, “Fake Your Death.”

May Death Never Stop You is set to release March 25. If you pre-order the greatest hits compilation now, you can instantly download “Fake Your Death."

Blog
The Weeknd announces his ‘The After Hours Tour’ and album
1,364 views

Blog
Drake breaks his own No. 1 record with ‘Care Package’ compilation
1,760 views