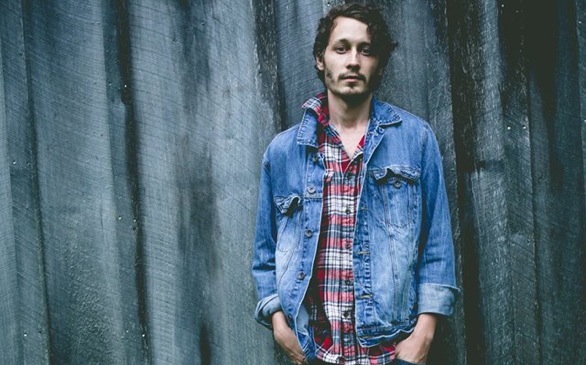 Armon Jay’s opening set Friday night at the Troubadour contained almost as much talking as it did music. And that was a part of its charm.

The set was peppered with the self-conscious banter typical of a skinny soulful man with a guitar and a lot of feelings. The songs themselves were not the most original melodically, but there was a definite sense that Jay was really feeling what he was singing.

The lyrics made so much more sense the longer he was onstage, showing how painfully awkwardly honest he was being. The light playing off Jay's sunken cheekbones gave the performance an almost ethereal quality, and his voice was just as lovely live as it is on the recording.

Talking almost as much as Jay sang evoked a sense of awkward charm almost begging the audience to love him -- and we  started to. The room seemed to be momentarily transported to a very pleasant walk through the woods. Though Jay believed he was putting the audience to sleep with the softness of his strumming and the mellifluous nature of his voice, I found myself more being lulled into a state of relative peace and comfort.

When Jay sang, it was incredibly pleasant. When he spoke he was awkwardly charming enough that he could not be denied.

By the time he reached his last song of his set, the title track for his album Everything’s Different, Nothing’s Changed, I wished he’d been allotted far more time to show off his skill.

In the world of folk music, he is certainly one to watch.