LISTEN: Ariana Grande Confirms 'Problem' is About an Ex-Boyfriend 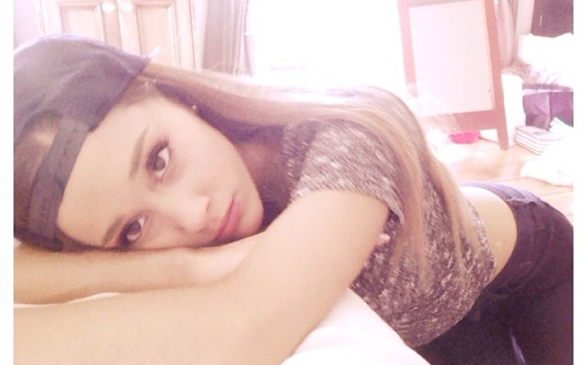 Let us hope that talented singer Ariana Grande is not adopting Taylor Swift's, um, "techniques" in her songwriting. And we're not saying this because Swift is a terrible songwriter -- it's just writing songs about ex-boyfriends all of the time can get...predictable.

Anyways, Grande confirmed with Billboard that her new single, "Problem," was indeed about an ex-boyfriend.

"'Problem' truly represents the feeling of being absolutely terrified to re-approach a relationship that's gone sour -- but you want to more than anything," she said. "In the song, it ends on a sappy, negative note, but in [real] life, we're hoping it's going to end on a positive one. I feel like it's all very honest and human."

It's unclear which (un)lucky ex-boyfriend Grande sings about in the new song (the singer has been linked to Jai Brooks and The Wanted's Nathan Sykes), but it's clear the song showcases Grande's undeniably talented vocals.

"Problem" was released Sunday (April 27) night and is expected to appear on Grande's second album, following her debut Yours Truly (2013).

Check out Ariana Grande's "Problem" ft. Iggy Azalea above, and tell us what you think in the comment box below!

Blog
Bad Bunny to fight The Miz at Wrestlemania
485 views

Blog
Even after backlash from ‘insane conservatives,’ Cardi B makes music history with ‘Up’
327 views