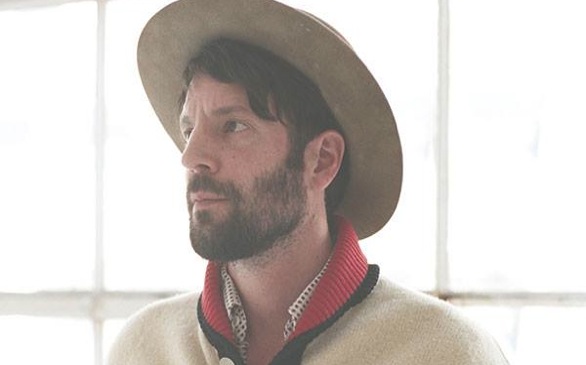 There's something oddly great about being in a church and getting a lil' drink, especially if it's for the celebration of great music. Of course, naturally, you also feel a bit sinful since it is the house of the Lord. But after walking into the Cathedral Sanctuary in Mid-City, L.A., I was relieved to see the Jesus turned down so they could turn Ray LaMontagne all the way up!

Sporting my red lipstick and lace mini dress (I think it was ye old rebellious Catholic in me, subconsciously of course), I was hit with LaMontagne’s soulful and passionate deliverance. He has a voice almost too raw and beautiful that perhaps a church is the most sacred place to hear him sing.

After he performed the first several songs, including mellow tunes "Lavender" and some of his more edgy stuff such as "Supernova" (from his new album Supernova), there was a little puddle of drool on my tongue waiting to explode down my mouth.

As I watched LaMontagne sing into the microphone like he's singing about a passionate love affair, I couldn’t help but notice everyone else in the venue perched over like gargoyles, sharing in my same experience.

It wasn’t until the second half when he started to pour out the oldies from his first breakthrough album, Gossip In the Grain, that my drool was finally being liberated from my mouth, ready to become putty in his hands.

Throughout the night, he delivered his heartfelt, gift of a voice that would make just about everyone believe in miracles.