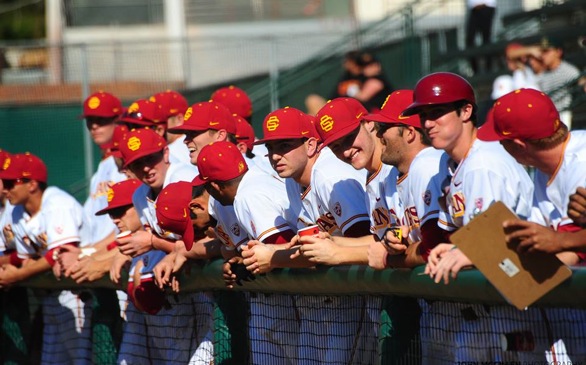 Berg, a junior from Covina, was all-conference for the third consecutive season. He had 11 saves and 1.50 earned-run average.

The defending national champion Bruins finished 25-30-1 and 12-18 in conference play. They were not selected for the NCAA playoffs for the first time since 2009.

Strahan, a junior from Villa Park, was 5-3 in Pac-12 games, averaging eight strikeouts a game. Strahan had a 2.92 earned-run average in 10 conference starts.

Davis, a sophomore from Garden Grove, earned his ninth save and also pitched a complete-game victory last weekend as USC won two of three games against top-ranked Oregon State. He finished with a 1.12 ERA.

USC finished 29-24 and 16-14 in conference play. It was the Trojans’ first winning season since 2005 but did not earn them a bid to the NCAA playoffs.

Washington shortstop Erik Forgione was defensive player of the year, Stanford pitcher Cal Quantrill freshman of the year and Washington’s Lindsay Meggs coach of the year.

The all-conference selections were announced Wednesday.