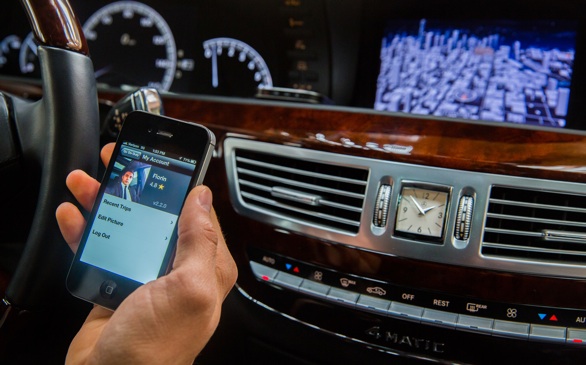 Uber riders, do you ever ask yourself, Who is this random person driving me home? Am I going to be safe?

As a woman who's taken advantage of ridesharing companies such as Lyft and Uber, this thought has crossed my mind a dozen times, especially when I'm sliding into an Uber at 1 a.m. in Santa Monica by myself to go to my apartment in Downtown Los Angeles.

However, I never had to endure what one female Uber customer allegedly and recently experienced.

The female, who is in her mid-20s, told LA Weekly under anonymity that during her ride from West Hollywood's Bootsybellows club to Beverly Hills, her Uber driver creeped her out.

Allegedly, the driver took wrong turns, asked her to sit in the front seat next to him (she complied so she could give him directions), offered cigarettes and asked if she drank alcohol. He also said he likes Asian women (the female is indeed Asian) and stroked her face.

Then, he turned on the interior light (presumably so he could see her), held out his hand for the rest of the trip and insisted that she go to the beach with him.

When she got home, she was livid and sent an email to Uber detailing her experience. Uber's response?

"I do want to clarify Uber does not employ drivers - we partner with drivers to provide on-demand transportation. So, your drivers are in fact "your driver", not an Uber employee. While we cannot "terminate" [the driver], we most certainly will take all actions necessary to ensure that an experience like this one doesn't happen again," wrote a company representative.

However, what's scary about this story is simply the fact that this isn't the first time Uber drivers have been in the news for negative reasons.

In Los Angeles, 40-year-old Jennifer Cosper told LAist she was a little tipsy from drinking one night and decided to take an Uber home. Her driver allegedly asked how he could get in contact with her for dinner and requested a "big, long hug" instead of fare for the ride.

LA Weekly reported earlier in June an Uber driver allegedly kidnapped a 26-year-old female and took her to a motel in Panorama City with the intention of sexually assaulting her. The driver was being held in lieu of $1 million bail.

In relation to this case, Uber sent out the following statement: "The facts are unknown at this stage and it's certainly unclear that this is an Uber-related incident, as the driver in question was not logged in, connected to or operating on the platform at the time."

But the most violent and disturbing Uber driver-related incident allegedly took place in Washington D.C., where a driver was accused of raping a 20-year-old woman. However, the Washington Post reported the U.S. attorney’s office would not prosecute the driver.

With cases like these, sometimes you can't help but worry about your safety and wonder about these drivers' intentions and perhaps their criminal histories.

A NBC4 three-month investigation earlier this year found that several drivers with criminal pasts have picked up Uber passengers. The drivers had been in trouble with the law previously because of burglary, cocaine possession, making criminal threats, DUIs and more. But still, they passed the Uber driver background check.

"I would pick somebody up, take them to the airport, and my second thought would be, go back to that house and see what's in there. A criminal mind always thinks like a criminal mind. Someone could be victimized by a person like me," an ex-con who passed Uber's background check, but didn't pick anyone up, told NBC4.

In order to protect themselves, it's suggested that everyone, especially those going out to drink at bars and clubs, should exercise caution before getting into a vehicle with anyone.

Blog
What are shade balls and do how they help save Los Angeles' water?
1,877 views