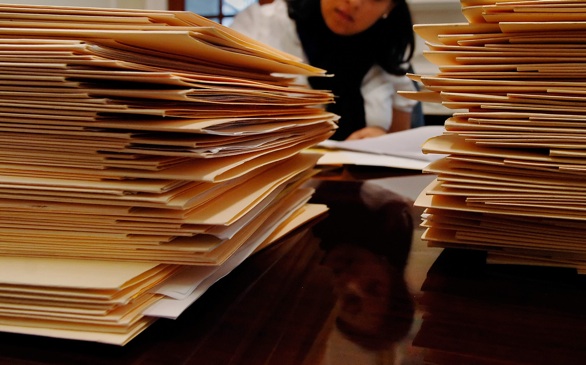 Over the years, the U.S. has seen a drastic increase in the number of international students attending the country's colleges and universities. Out of all of the top countries sending students to U.S. schools, China sends the most, which is why news about Chinese college applicants cheating the admissions process might make you wonder how many of those students were admitted fairly.

First of all, officials note that even though cheating is widespread, most Chinese students who are admitted into U.S. schools do not cheat. However, according to CNN Money, "One in 10 applications to U.S. colleges by Chinese students may include fraudulent material, including phony essays and high-school transcripts."

Because competition to get into the best quality schools is so intense, there are incentives for Chinese applicants to cut corners, Eddie West, director of international initiatives for the National Association for College Admission Counseling, told CNN Money.

Also, China's college admissions process is quite different from the U.S. process. Transcripts, test scores, essays and sometimes more are required in the U.S., but in China, a single test is all it takes to go to college. This unfamiliarity with the U.S. college admissions process leads parents to hire third-party recruiters, who may or may not be frauds that falsify transcripts, essays, etc.

Efforts to combat fraud include colleges establishing relationships with high schools in China to verify transcripts, colleges noticing when Chinese applicants' English-language skills in conversation do not match up with their test scores and the establishment of honest recruiting firms.