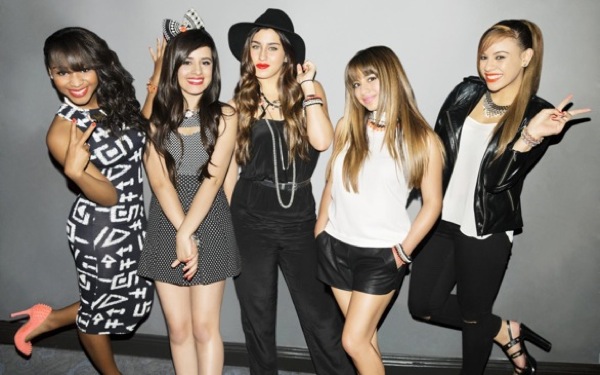 Fifth Harmony opened up on Wednesday night for Austin Mahone at the Nokia Theatre in L.A. Live, and the five-part all-girl group had the audience captivated throughout its entire performance. Not only was the group's intricate harmonies completely mesmerizing, but the ladies' stage presence was on point, with hair flying everywhere and sassy strutting across the entire stage.

The group, which rose to fame after the second season of "The X Factor," is comprised of Ally Brooke Hernandez, Normani Hamilton, Dinah Jane Hansen, Camila Cabello and Lauren Jauregui.

During Fifth Harmony's performance, the group broke out its latest single, titled “BO$$”, which was released earlier this month. The song was choreographed perfectly so that the whole crowd was fangirling and singing along with the lyrics as the group sat and jumped around the chairs that were positioned on stage. The girls' high energy was infectious, and the entire theatre was filled with the screams of teenage girls vying for a good performance.

Slowing down the groove, Fifth Harmony then asked the audience to wave their flashlights during “We Know." The ladies positioned themselves on the left side of the stage in a huddle to really get to the song's core. There was no screaming during this slow ballad, but you could tell the crowd was connecting to the song's lyrics by the way they swayed to the steady beat.

The slow groove continued with “Over,” as the group members then placed themselves in a similar huddle across the stage, while the crowd kept on swaying with their flashlights.

Just before the Vamps, another opening act, came on stage, the girls of Fifth Harmony took one last bow to thank their fans, and the audience gave the group one last appreciative scream.