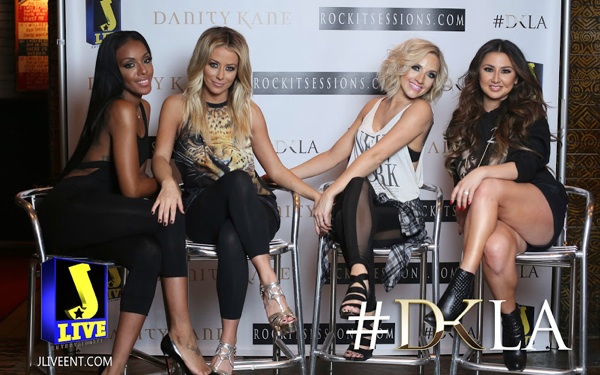 So much for a Danity Kane comeback.

"During a recent group meeting, a business conversation took a turn for the worst," wrote O'Day, "when my group member punched me in the back of my head while I was speaking to another associate. To be clear, she was not physically engaged or threatened prior to her attack on me."

She continued, "For the past year, I watched small lies turn into bigger lies. Those bigger lies turned into verbal abuse. Now the verbal abuse has deteriorated into a physical assault."

For so long I’ve looked at you and your strengths trying to find any excuse for you in my head to put you back where I used to hold you. But time and again you prove me wrong to myself.

Danity Kane started off on MTV's "Making the Band 3" in 2005 with O'Day, Bex, Fimbres, Richard and D. Woods. The group signed to Diddy's Bad Boy record label and had two No. 1 albums. But in 2009, the ladies split for the first time.

Fans were excited last year when the group announced its reunion (minus D. Woods) and arrived together at the 2013 MTV Video Music Awards with fourth member Aundrea Fimbres. However, Fimbres left the group in May to raise a family.

Around that time, the group had released its latest single "Lemonade" and was working on an album. Now, it's unsure if fans will ever hear any of the highly anticipated tracks.

On Twitter, fans have expressed their disappointment: "I want a refund from the #lemonade single I purchased! Once again I feel cheated like I did when they disbanded the first time @danitykane," wrote one user.

Some expressed their disbelief: "This #DanityKane news is kinda unreal. There was so much potential. #Lemonade was just the beginning of a new era!"

And some got creative with puns: "#DanityKane from dusk til well I guess Dawn..."

Although some fans are holding onto the belief that there's a slight chance the group will release an album, it looks like the damage is done. For good this time.