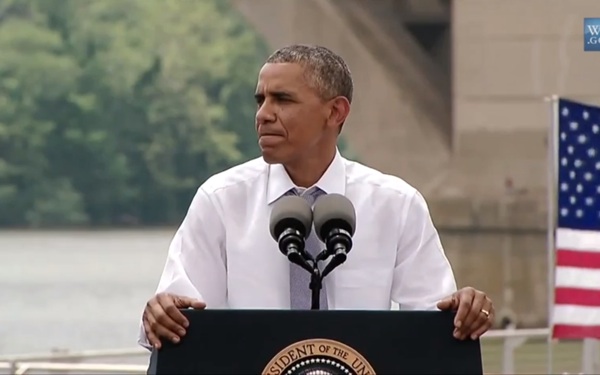 When we saw a video of Barack Obama "singing" Iggy Azalea's "Fancy" that was floating around earlier this month, it was brilliant. It was funny. It was everything we needed. Now, we're being treated with another video of Obama singing, this time to Ariana Grande's "Problem."

YouTube user "barackdubs" has somehow managed to put together a video of Obama saying each word of Grande's hit song for a minute-long clip. The words were gathered from the president's past speeches. It sounds like a pain in the butt, but boy, are we glad someone had the patience to do it!

Along with "Fancy," you can also watch Obama sing Justin Timberlake's "SexyBack," Daft Punk's "Get Lucky" and MC Hammer's "Can't Touch This," among others.

According to "barackdubs'" YouTube page, you can request another song for Obama to sing by tweeting, "Hey @baracksdubs, #obamashouldsing _______."

Check out Obama singing "Problem" above! What song do you think Obama should sing next?