30 Seconds to Mars, Linkin Park Were Rock Solid at the Hollywood Bowl (PHOTOS) 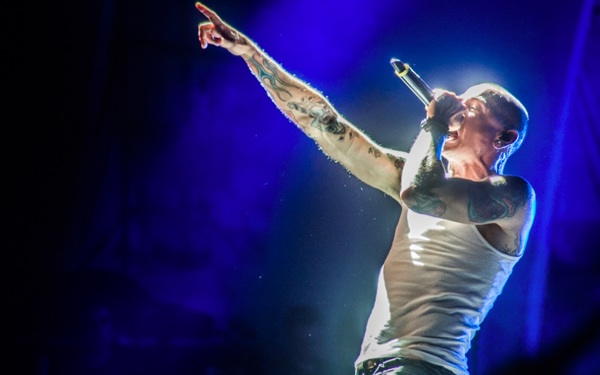 Linkin Park and 30 Seconds to Mars blew up the Hollywood Bowl Monday night with an impressive light show and energetic sets.

Touring after a year of big wins in both music and film, Jared Leto and his band mates have jumped full force back into the music scene by hitting the road with their headlining tour mates, Linkin Park.

Although both bands have been touring the world for years, they still seem to have an excitement and love for live performances; Linkin Park put on a loud, hard-hitting rock show that got fans on their feet, while 30 Seconds to Mars engaged more with the audience.

After four-piece rock band AFI opened the show, 30 Seconds to Mars took the stage and launched into an instrumental song and “Up in the Air.” With singer/Oscar award-winner Leto on lead vocals and decked out in all white with his hair long and unruly, the band put on a great hometown show for their fans in this L.A. arena. However, fans across the world also got to enjoy 30 Seconds to Mars’ set; the band dedicated “Do or Die” to Marwa Sartar, a fan who was watching the performance live from Baghdad. It was truly a special moment.

Once 30 Seconds to Mars finished its set, intermission allowed fans to fully absorb what they just experienced and prepare for the next headliner.

During Linkin Park's set, the band took the opportunity to raise money and awareness for one of its many causes: the Ebola crisis. They put a phone number on the screens on either side of the stage, and any time someone texted their name to the number, their name was added to the screen, and their cell phone bill was charged the amount of their donation. Linkin Park had a goal of $50,000, and during their set, they raised just under $10,000 (although more might've been raised throughout the night).

The tour is coming to a close (there are only a few shows left), and if 30 Seconds to Mars and Linkin Park ever decide to tour again, I highly recommend rock lovers see them live.