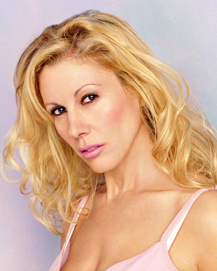 I’ve been involved with this older guy (52-years-old) for nine months. I’m 40. Last weekend he called me to ask me whose car was parked in front of my house. The car was not in my driveway, so I saw no need for him to call me out on it.

He says he’s not insecure, he just can’t believe he has someone he can trust. Is this the reason for the drive-by?

Your boyfriend’s actions prove the adage, "Just because you’re getting older, doesn’t mean you’re getting wiser." We’re all guilty of doing a "drive-by" (or two). Do we do them because we’re secure? Hell no!

However, most of us are smart enough to not mention it. He, on the other hand, not only told you about it, but asked about a car that wasn’t even in your driveway. Maybe he’s just insecure, or maybe this is a sign of his need to control. Proceed with caution. Only time will tell you which one it is.

Whoa, you are so right. I was shocked that he even mentioned that he drove past my home. That made me a little nervous. He said I’m still holding onto old baggage, that’s why I’m cautious. Not true. I love me first and everything else will follow. Thank you.

This guy and I have a physical and somewhat emotional attraction but he keeps getting scared it’s going too far for him and he thinks it shouldn’t have gotten this far.

We’ve been seeing each other off and on for several weeks now and also talking several times a day on the phone. We share lots of laughs and intimate times and are very well compatible with each other. I’m just trying to make out what’s going on with him right now.

Girl, you’ve got to slow down. You’re making the typical female mistake of trying to rush things. You haven’t been "on and off for several weeks," you’ve simply been getting to know each other at a pace that you consider too slow.

A few weeks in is way too soon to be talking on the phone several times a day. Guys are not generally aware of their feelings towards someone they’re seeing until they begin to miss her. He can’t miss you if he knows he can talk to you every day.

At the moment, you’re scaring him off. Take a step back and don’t be so available, either to talk on the phone or to see him in person. No more daily phone calls. See him no more than once or twice a week for the first few months. If he wants to see you more often, let him bring it up.

The following letter is in response to last week’s question about the "commitment-phobe".

Thanks, Lucia. I think I just needed all of that reaffirmed for me! You’re so right-on about the little boy not wanting to lose mommy! I know you’re right about everything and haven’t spoken to the schmuck again since the hang-up either. Thanks again for your time and input!!