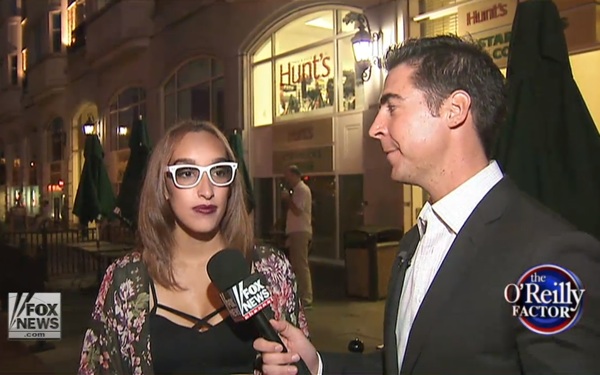 Here's yet ANOTHER video of college students who seem to know very little about ISIS.

FOX News' Jesse Watters from "Watters' World" went around Boston and asked people who looked like students (it is unclear if all of the people he talked to were actually students) questions such as "Did you watch the President's speech?" and "Why are we going after ISIS?"

Many of the answers he received were disappointing:

Did you watch the President's speech?
No, I didn't even know that happened.

Do you know who we're fighting?
We are fighting Pakistanian...right?

Why are we fighting ISIS?
I don't know, maybe they have good iced tea. Ask Obama. (This guy definitely did NOT look like a college student).

One interviewee also said ISIS stands for the Icelandic State to which Watters replied, "We're not going to war against Iceland."

Check out the video above, and watch this video and this one for more student interviews about ISIS.

Blog
What are shade balls and do how they help save Los Angeles' water?
1,878 views