Carrie Underwood: 'I Was a Typical College Student' 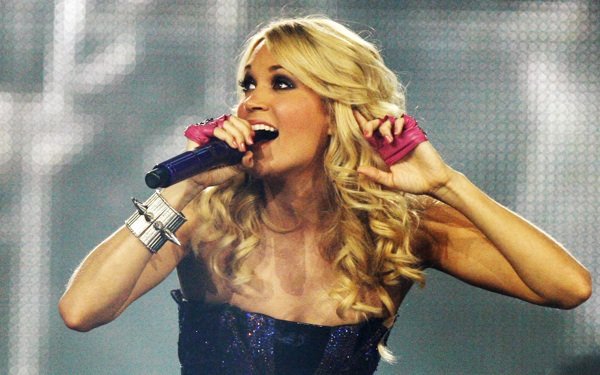 For some reason, imagining Carrie Underwood as a "typical" college student in a sorority is almost as hard as imagining Kanye West as a college instructor. After all, there's nothing "typical" about this country songstress/multi-Grammy Award-winner/"American Idol" champ.

But, she asserts she was just like other students at Northeastern State University, where she studied mass communications.

Underwood told People magazine in its "50 Amazing Moments in Country Music" special issue, "I would roll out of bed, brush my teeth and go to class. I was in a sorority. I'd never been to New York. When I sang, it was before about 15 people. Without 'Idol,' I'd probably be singing in church on Sunday and karaoke on Wednesday nights."

Don't get us wrong, it's obviously great Underwood became a successful country superstar and all...but it would've been awesome to see her sing karaoke.