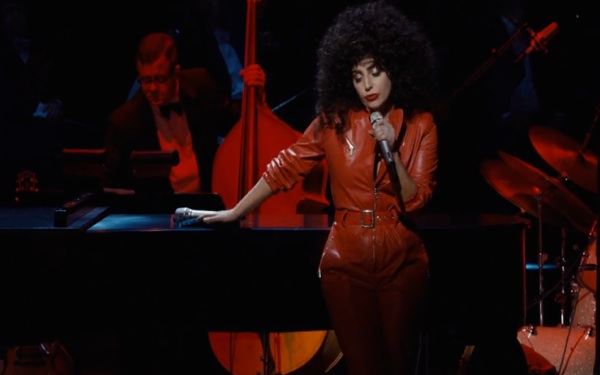 Oh, thank goodness! For a moment there, we almost forgot all about Lady Gaga, who hasn't really soaked up the spotlight like she usually does with crazy outfits or Twitter drama. We guess she's been really busy performing, breaking up fights in Belgium and working on a new album.

She's also been dealing with a "crisis of confidence," according to the The Independent. Gaga told the UK publication, "I got really lost for a little while. I felt like I didn’t even know who I was any more."

But don't fret, Little Monsters. Gaga has bounced back with new music on her new album Cheek to Cheek, a duets jazz album she did with Tony Bennett.

"[W]ith Tony I found that boxer, that fighter within me who was ready to take on the world," Gaga also told The Independent.

Although some critics are claiming Gaga's latest effort disappoints and that she and Bennett are a  "bad-dream team," we admit that the live music video for "Bang Bang (My Baby Shot Me Down)" is wonderful. Sure, Gaga is wearing a hideous red leather-looking jumpsuit and rocking out-of-control black curls, but her voice is powerful, soulful and oh-so smooth.

Let the critics bash and moan, but as far as we're concerned, Gaga sounds pretty jazzy to us.