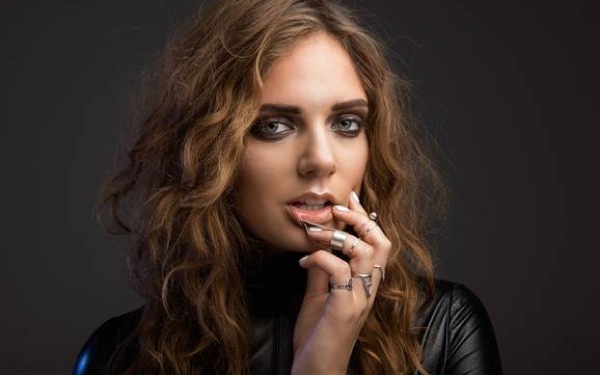 "I feel like no matter how sh-tty you feel, you can kind of look at it and still be able to laugh about it. Everything’s f-cked, but let’s go party."

These words came from Tove Lo during a recent interview with MTV, and they provide insight into this rising star's down-to-earth music and personality.

This raw, unfiltered singer-songwriter continues to grab headlines, and in case you have no idea who she is, let us break it down for you: She's a Swedish "pop princess" who has managed to climb into the all-female top five on the Billboard Hot 100 charts, joining Meghan Trainor and Taylor Swift. But unlike the pop divas in the charts, Lo is perhaps more similar to alt-pop female powerhouses such as Banks, Sky Ferreira, Lykke Li and Sia.

Lo's (whose real name is Tove Nilsson) debut hit "Habit (Stay High)" has more than 29 million views on YouTube. Although the song and video seem to promote some type of drug culture, the singer-songwriter explained to Rolling Stone, "I write about what I know and my way of dealing with things, good or bad. And I think no matter what your drug is, if it's weed or alcohol or just adrenaline in general, it's whatever gives you the ultimate high."

She continued, "I just like to talk about drugs in my songs because obviously a lot of people know what I'm talking about: It's not a secret. I can tell that everyone knows what I mean when I say these things."

And so it seems the pop songstress likes to keep it real in her interviews, never afraid to say what's really on her mind. The same can be said about Lo's songs, which lack the sugary pop wrappings we're so used to hearing in today's mainstream music. Instead, her sound can be described as dirty, a little dark, vulgar and gritty but always honest.

"I think that pop music in general sometimes like to keep things a bit more hidden, and, you know, you censor and you polish to make it fit more people or to not be too vulgar or make sure of 'Can this really play on the radio?' And I like not doing that," Tove told HuffPost Entertainment.

Following the release of her highly praised debut album Queen of the Clouds ("Lo has a sharp bite — and the hooks are commercial enough to give her a fighting chance at stateside stardom," from TIME), the 26-year-old will open for Katy Perry later this fall.

Songs we recommend: "Habits (Stay High)," "Thousand Miles" and "Not on Drugs."