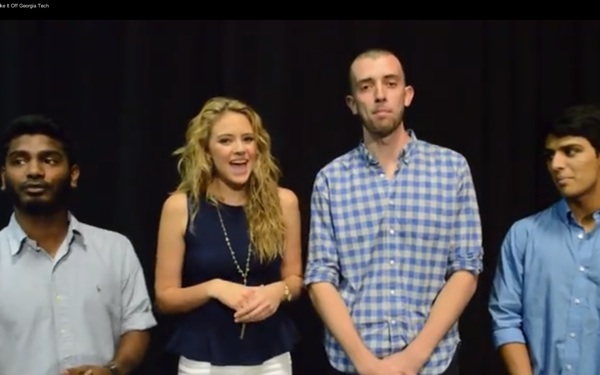 First, these Delta Sigma Phi fraternity brothers were lip-dubing to it. Then, Boston College students danced their butts off to it as they celebrated "Espresso Faith Week." And now Georgia Tech students are singing and dancing to it as well, but this time they've changed the lyrics.

Seriously, Taylor Swift's "Shake it Off" has become the unofficial college pop anthem.

In this latest rendition of the song, senior Maggie Bridges sings Swift's "Shake it Off," but the lyrics are meant to relate to Georgia Tech students: "I studied way too late/Got nothing in my brain." While Bridges sings in front of a group of male vocalists, GT cheerleaders, dancers and even the mascot get down to the song.

The video was created to show that GT students absolutely know how to have fun, but they still embrace their nerdiness.