Uber Will Let You Bump Your Own Spotify Tunes During Rides 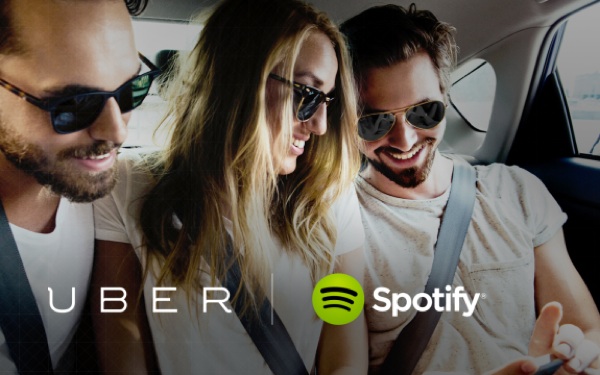 During the pregame before any party, the drinks are flowing and the music is thumping. When your Uber finally arrives, you might be able to smuggle in your alcohol, but it's impossible to take "Turn Down for What" with you into the car. But that won't be the case starting Friday, Nov. 21 in 10 cities.

Uber and Spotify are partnering to let users play their own Spotify stations, songs and playlists during Uber rides. In a press conference held on Monday, both of the companies' CEOs announced there will be a Spotify button on the Uber app; if you press it, music will start playing as soon as you get in the car -- TURN UP!

Obviously, this news will probably excite most Uber/Spotify users, but it turns out Uber drivers aren't too jazzed about this latest feature. There's this online forum called Uber.People.net where drivers are venting their frustrations over the partnership.

"I will not tolerate loud music," writes one person. "It's not safe, distracting as hell."

Another wrote, "Allowing the passenger to control music via spotify is over the top, and makes working conditions even worse for drivers."

There's an argument to be said about playing music while driving; some drivers (non-Uber drivers included) would argue that they can't focus with the music on, which is a valid point. But, not all rides will come with a Spotify option; drivers will have to allow it, reports CNET.