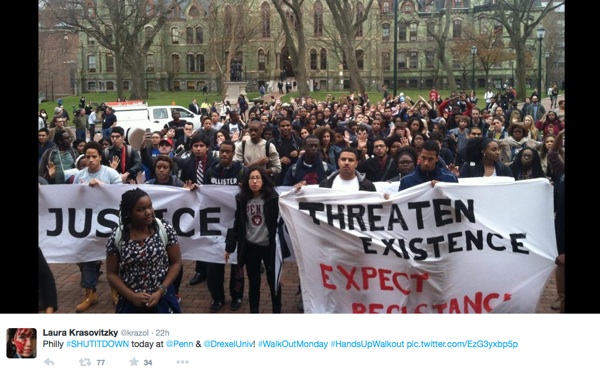 Most college and high school students spent Thanksgiving Break with family members. But once students returned to campus Monday, hundreds of them walked out to continue protesting a Ferguson grand jury's decision to not indict white officer Darren Wilson for shooting unarmed black teenager Michael Brown on Aug. 9.

"Michael Brown's death was a catalyst for a lot of issues in this country," one 20-year-old student from Washington University in St. Louis told Reuters. "We are fighting for the oppressed."