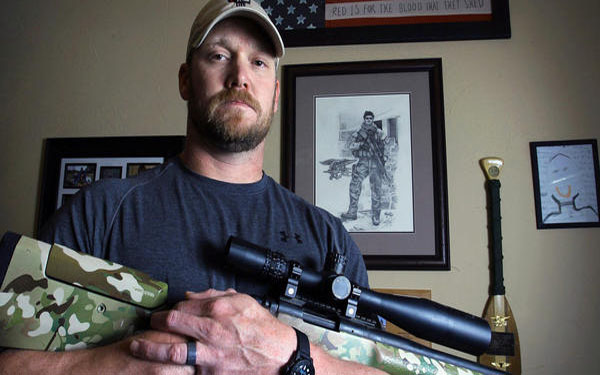 STEPHENVILLE, Texas — Opening statements were expected to set the tone Wednesday for the trial of the man accused of killing “American Sniper” Chris Kyle, but testimony from relatives of the accused could prove pivotal.

Eddie Ray Routh, 27, is charged with two counts of murder and one count of capital murder in connection with the fatal shootings of Kyle, 38, and friend Chad Littlefield, 35, during a trip to an outdoor shooting range near here on Feb. 2, 2013.

Both men still had earplugs in their ears when their bodies were found, according to the autopsy reports, and Kyle was wearing an empty holster.

Kyle and Littlefield had taken Routh, a troubled veteran, to the gun range to try to help him.

Routh’s attorneys have indicated they plan to pursue an insanity defense.

Prosecutors are not seeking the death penalty. If convicted, Routh faces a maximum penalty of life without parole.

Kyle’s widow and Littlefield’s mother will be among the first to testify against Routh, prosecutors said Tuesday.

Taya Kyle, 40, still lives with the couple’s two children about 80 miles northeast of here in the Dallas bedroom community of Midlothian, where her husband attended high school.

District Judge Jason Cashon ruled Tuesday that she and Judy Littlefield can watch the proceedings after testifying.

Kyle, a former Navy SEAL, wrote an autobiography about his military experiences, “American Sniper,” which became an Oscar-nominated movie directed by Clint Eastwood. It is playing in a theater not far from the courthouse where Routh will stand trial.

Prosecutors also filed a document Tuesday outlining Routh’s alleged prior “bad acts,” which they may want to present to the jury. Those acts, according to the court document, include that he smoked marijuana, drank heavily and was hospitalized at mental health facilities after threatening to shoot himself and others.

Prosecutors also allege that on the day of the killings, Routh drank, smoked marijuana and threatened his girlfriend with a knife.

The judge said he would rule on admitting Routh’s prior “bad acts” on a case-by-case basis.

Routh’s attorneys have questioned whether he can get a fair trial here, particularly given publicity surrounding Kyle, but the judge refused their requests for a change of venue.

Routh’s girlfriend, Jennifer Weed, has been subpoenaed, as have Routh’s sister and brother-in-law.

It is not clear whether Routh’s relatives plan to attend the trial.

After the fatal shootings, Routh drove to see his sister at her home in Midlothian, according to court records. Once he drove off, Laura Blevins called 911 and told police that her brother had confessed to killing Kyle and his friend.

She told police that her brother was driving a new truck that fit the description of Kyle’s missing black Ford F-250 and that Routh had said he “traded his soul for a new truck.”

Blevins told police she advised her brother to surrender, but instead he fled toward Oklahoma.

“He told me that he has committed a murder,” Blevins, 30, can be heard saying in a recording of the 911 call.

“I don’t know if he’s being honest with me,” she said. “I’m just really terrified.”

Blevins then gave the phone to her husband, Gaines Blevins, 31. He described the pickup Routh was driving and said there were two guns in it.

“He’s recently diagnosed with PTSD ... and he’s been acting a little weird from that. He just got out of the mental hospital, actually,” Gaines Blevins said.

He said Routh had been released from Green Oaks Psychiatric Hospital in Dallas “about a week ago.”

Perhaps the most comprehensive account of Routh’s mental condition was provided by his friends and loved ones to the New Yorker magazine before the judge issued a gag order in the case in July 2013, barring relatives and lawyers from discussing it publicly.

Jodi and Raymond Routh described their son as a troubled youth who joined the Marines, shipped off to boot camp in California and trained as an armorer fixing weapons before serving stints in Iraq and Haiti. He returned a heavy drinker, angry and on edge, diagnosed with PTSD, they said.

Routh’s mother told the New Yorker that she had worked at the school Kyle’s children attended, met the sniper there and told him about her struggles to get her son treated at Veterans Administration facilities.

“If they would have left him in the hospital, then those two men wouldn’t be dead,” Jodi Routh, 53, said of the Veterans Administration during the New Yorker interview.

Dallas Veterans Administration officials told The Times that they could not confirm whether Routh had been treated there or discuss his case, citing patient confidentiality.

His sister, Laura Blevins, declined to comment when contacted this month, citing a gag order issued by the judge for relatives and lawyers involved in the case.