On 4/20, more doctors say it's high time for medical marijuana research to expand 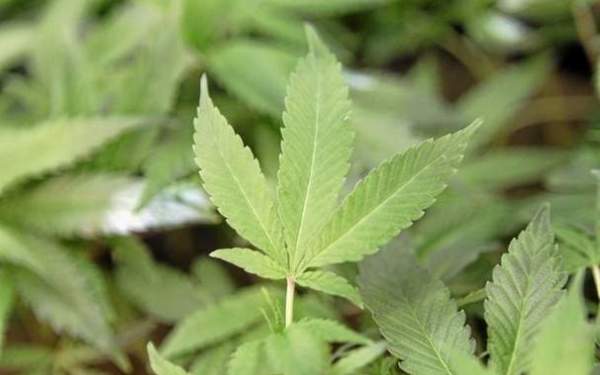 It’s 4/20 Monday, which means weed is the word, and hundreds of events will be held in California and nationwide to observe cannabis culture, a tradition that stems back to the 1970s.

Yet while the celebrations hail freedom, rebellion and a call for legalization, many of the questions surrounding the health benefits of cannabis remain locked in a haze of government control and even confusion from the public about its potential.

A knot of state and federal regulations as well as a bad-boy image have kept marijuana’s medical future in stasis, especially cannabidiol, the nonpsychoactive component of the plant. In California, the law allows physicians to prescribe medical marijuana for outpatient use, but federal law prohibits in-patient use. To receive reimbursement from Medicare, hospitals have to be in compliance with all federal regulations. To hammer the point, a federal judge in California on Wednesday refused to remove marijuana from the list of most dangerous drugs.

But some local physicians said that the tight clutch on the medical uses of the marijuana plant could be loosening up. More lawmakers are starting to understand that without long-term research and controlled clinical trials, the benefits remain unclear. A bill authored by three senators and introduced last month would prevent the federal government from prosecuting those who use medical marijuana in states where it is allowed, paving the way for more research. And just last Thursday, CNN’s Dr. Sanjay Gupta declared: “It’s time for a medical marijuana revolution.”

“I believe there is a future,” said Dr. David Plurad, a researcher at LA BioMed, based at Harbor-UCLA Medical Center in Torrance. “I don’t think the government or the federal drug administration can ignore the fact that it’s cheap and there is compelling evidence that it does have medical use.”

He said such research was never seen in medical journals a decade ago. He believes more well-controlled clinical trials with humans will be underway in the near future so that more questions about THC can be answered. Those answers could lead to better ways for doctors to help patients through pain.

“We need to think smarter and more efficiently,” Plurad said. “There comes a time when you can’t ignore what’s in front of us.”

Plurad and others said there is more research that focuses on two chemicals in marijuana: delta-9-tetrahydrocannabinol and cannabidiol, or CDB. Of the two, CDB is nonpsychoactive and could be most helpful in controlling epileptic seizures.

Meanwhile, THC may help to stimulate appetite and decrease nausea among cancer patients undergoing treatment. But it’s also being looked at in helping those with severe nerve pain, said Dr. Faisal Lalani and anesthesiologist and of the Pain and Healing Institute in Westwood.

But he understands concerns surrounding the use of cannabis because of what is known and unknown about it. Potency is a concern as well as the long-term effects of smoking marijuana. There also are the worries about drugs falling into the hands of children and teens.

“I think if it’s used in an environment in which your doctor knows how it’s used, it’s different,” he said, adding that he would like to see better options for patients other than potentially addicting pain pills.

Results of a study released last year found that in states where medical marijuana is legal, 25 percent fewer people died from overdoses of prescription pain medication.

So far there are 23 states, plus the District of Columbia, where medical marijuana is legal.

Feinstein said she and others sent a letter to both the departments of Justice and Health and Human Services asking them to determine how to expand research into potential medical benefits for children with intractable epilepsy and other serious illnesses.

“The responses we received indicated some disagreement between agencies,” she said in a statement. “HHS agreed that barriers need to be addressed, but DOJ disagreed. Given this conflict, we are exploring options that would allow this important research to proceed.”

The federal government has not conducted a scientific, medical analysis of cannabidiol in isolation from marijuana to reach a conclusion regarding its medical value, Feinstein said, which she believes is necessary.

“While I believe research should move forward, I also believe we should proceed with caution,” she said in a statement. “I remain concerned about high level of THC in marijuana, which has tripled since the 1980s and increases the likelihood of addiction. This may well be a continuing problem, which could pose a threat to public safety.”

Why 4/20: The number 4/20 originated with a group of friends from San Rafael High School in Northern California in 1971. The group had learned about a crop of marijuana and 4:20 p.m. was their meeting time to go find it. Then 4:20 evolved into a good time to smoke weed.

How many states have legalized medical marijuana: 23 plus the District of Columbia.

Who can grow it: The University of Mississippi is the sole producer under federal regulations that is legally allowed to grow marijuana. In California, medical marijuana became legal under Proposition 215 approved by voters in 1996, and was strengthened by Senate Bill 420, passed in 2003. In 2013, Los Angeles voters approved Proposition D, which caps the city’s medical marijuana dispensaries to 135 locations. Since then, more than 500 dispensaries have been shuttered by City Attorney Mike Feuer.

Fun fact: In Colorado, the Colorado Department of Transportation replaced the frequently stolen Mile Marker 420 sign on I-70 east of Denver with one reading 419.99 in an attempt to stop the thievery. Colorado was the first of four states to legalize recreational use of marijuana.