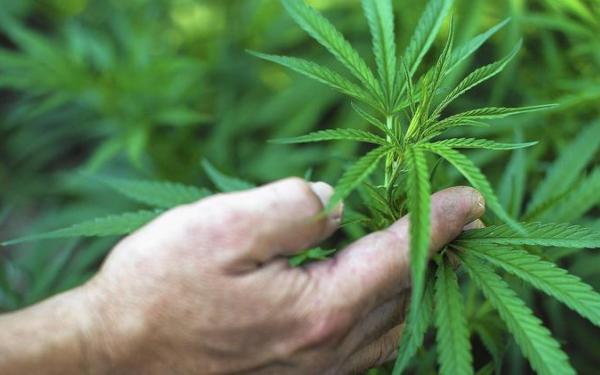 California lawmakers are wading into the politically sticky issue of regulating medical marijuana, laying groundwork for state control of the sale and cultivation of cannabis with the expectation that voters will legalize recreational use next year.

The Legislature is considering multiple — and conflicting — plans to impose the first major statewide restrictions on medical marijuana dispensaries and growers; the billion-dollar-a-year industry is now regulated largely by local governments.

The debate has pitted cities and law enforcement agencies against marijuana growers and sellers.

"The Legislature has an important [task] in getting a bill passed this year, especially as we stare down 2016 and the propositions that are going to be on the ballot" advocating general legalization, said Assemblyman Rob Bonta (D-Alameda), author of one of the bills. "We need to have a strong regulatory structure in place before then."

Colorado, Washington, Oregon and Alaska have legalized recreational pot to varying degrees. In California, as many as four competing initiatives to do so are in the works for next year's fall ballot.

California was the first state to legalize the sale of marijuana for medical use when voters approved the idea in 1996. Since then, 22 other states have adopted similar laws.

A study last year by the Survey Research Group, an arm of the Oakland-based Public Health Institute, estimated that 1.4 million Californians have used marijuana for medical purposes since the law took effect.

More than 1,000 marijuana dispensaries are operating in California, estimates Don Duncan, California director of the group Americans for Safe Access, which advocates for medical marijuana rights.

State efforts to regulate the industry have stumbled over the years, in part because the U.S. government has maintained that sales of cannabis violate federal law.

The legal disparity has left cities and counties with their own hodgepodge of regulations. In 2013, for example, Los Angeles voters approved city regulation of marijuana dispensaries, including their proximity to schools and public parks.

But in much of the state, a lack of regulation has resulted in a "Wild West," said Assemblyman Ken Cooley (D-Rancho Cordova), author of one of the bills before the Legislature. His proposal, to have the state and cities license dispensaries and pot farms, was one of two that were advanced by an Assembly committee this week.

Assemblywoman Susan Bonilla (D-Concord), who chairs the committee, said it would take months to forge a single regulatory scheme from the proposals now in process.

"It's about time that we did something up here in the state Capitol," Bonilla said, describing the process as a "massive undertaking."

His bill would require the state to conduct background checks on all license applicants and set fees to pay for enforcement. It would allow cities and counties to adopt local ordinances to prohibit marijuana dispensaries and set land-use restrictions including bans on dispensaries near schools and parks.

The measure's supporters include the Emerald Growers Assn., an organization representing 150 marijuana farmers.

"It calls on multiple state agencies to do what they are good at," said Hezekiah Allen, executive director of the growers' group, adding that cannabis cultivation should "be regulated as agriculture."

Cooley said regulation and enforcement should not be done by the state Department of Alcoholic Beverage Control. Backers of his proposal, such as the League of California Cities, believe that department pays too little attention to the quality of community life, he said.

"We have way too many liquor stores," said Cooley, the former mayor of Rancho Cordova, a small city near Sacramento.

The League of California Cities has submitted to legislators case histories in which the state liquor authorities allowed stores and bars to stay open for years after incurring serious violations, including those for serving alcohol to minors.

"That is absolutely unacceptable when it comes to marijuana," said Tim Cromartie, the lobbyist for the league. "We have serious issues with alcoholic beverage control's track record on noncompliant liquor stores."

"Locals can move a lot quicker, and they are more familiar with who the bad actors are," said Bejarano, chief of the Chula Vista Police Department.

The California Cannabis Industry Assn. opposes Cooley's bill, in part because it would split responsibilities among agencies.