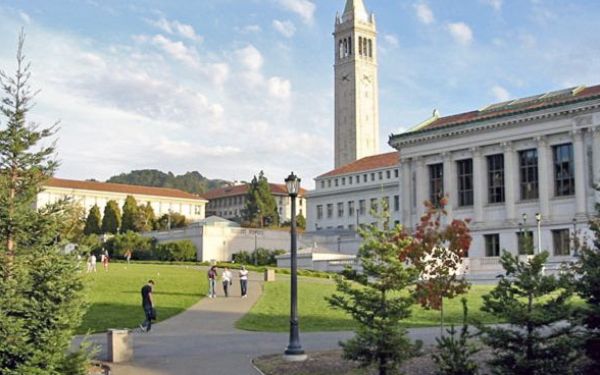 BERKELEY -- A hidden videocamera found in a dorm bathroom on the UC Berkeley campus has authorities seeking the voyeur, as well as notifying women who may have fallen victim to an invasion of privacy.

The recording device was discovered last week in the women's staff restroom, in the lower level of the Unit 1 Central Building Residence Hall, according to a campus crime alert issued Thursday afternoon by the UC Berkeley Police Department.

Sometime in late April, investigators said, a sign was posted on the women's public restroom in the dorm saying it was closed. The sign also directed people to use the women's staff restroom located in a nearby hall.

The camera was discovered in the women's staff restroom (Room L72) on May 8.

Police did not say who found the device or where it was located in the bathroom. A person of interest in the case has been identified, but they no longer are affiliated with the school, police said. Police did not say whether the person was a student or a staff member at UC Berkeley.

Detectives on Thursday were working to identify victims of the crime.

In addition on Thursday, police said maintenance staff had been told to check all residence hall facilities on campus for additional recording devices.

Police are asking for women who may have used the restroom from late April to May 8 to call Detective Pete Odyniec at 510-642-1606 or email odyniec@berkeley.edu.

Anyone with information about the case or who sees something suspicious on campus including an unusual-looking device is also asked to call police at 510-642-6760.