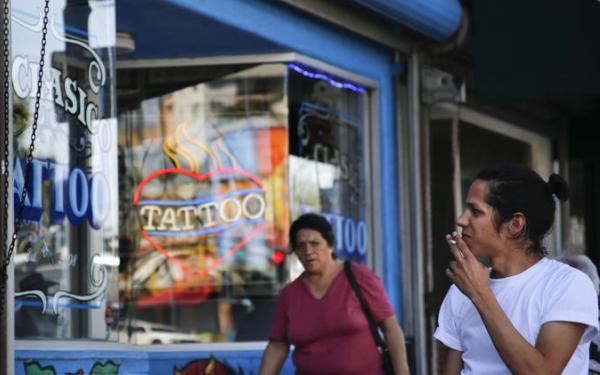 The state Senate on Tuesday approved a bill that would raise the minimum legal age for buying cigarettes and other tobacco products from 18 to 21 as part of an effort to reduce smoking by young people.

Sen. Ed Hernandez (D-West Covina) said he introduced the bill, SB 151, out of concern that an estimated 90% of tobacco users start before age 21. Raising the minimum age will mean that fewer teenagers pick up the habit, said Hernandez, an optometrist.

He cited a study done by the Institute of Medicine for the federal Food and Drug Administration that concluded that raising the smoking age to 21 would cut smoking by 12% more than existing control policies.

“It’s time to stop allowing tobacco companies to make the deadly product so readily available to our youth,’’ Hernandez said.

Tobacco-related disease killed 34,000 Californians in 2009 and cost the state $18.1 billion in medical expenses, according to studies by UC San Francisco.

The cigar group argued that people are eligible to vote, serve in the military and enter into contracts at the age of 18, and therefore should be able to make their own decisions concerning smoking.

The Senate passed the bill by a vote of 26 to 8; it now heads to the Assembly for consideration.

If signed into law, California could be among the first states in the nation to increase the smoking age to 21. Lawmakers in Hawaii have approved a similar measure, which is currently under consideration by that state's governor.