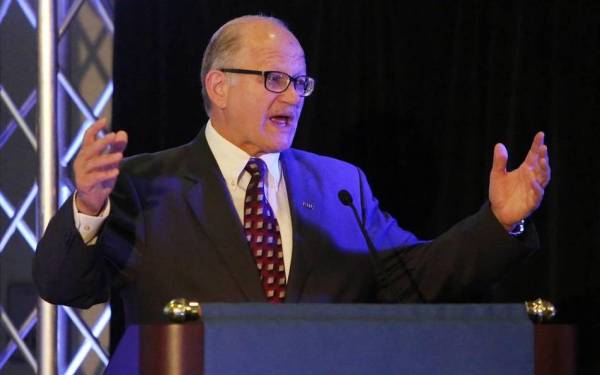 WASHINGTON — As Cuba and the United States begin to normalize relations, interest is keen on both sides to strike academic partnerships as well.

But amid the sensitive politics of the U.S-Cuba breakthrough and the gulf between the countries over questions of academic freedom, American colleges and universities must tread carefully.

The interest, however, is clearly there.

Some 375 American students were in Cuba during the 2010-11 school year when President Barack Obama eased travel restrictions to allow academic work. During 2012-13, there were 1,633, according the Institute of International Education.

Florida International University in Miami is among the schools that would like to establish a strong Cuban presence. Less than 250 miles from Havana, the university hosts one of the nation’s leading centers for Cuban studies, and academic work on the island has long been an attractive prospect.

Its ultimate goal is to build a campus there, although FIU President Mark Rosenberg told the Miami Chamber of Commerce last week that a Cuban branch is “a long way off.”

For now, the school is focusing on technical fields, such as computer science, business administration and architecture, disciplines less likely to trigger politically charged questions of free speech and academic freedom.

Auburn University in Alabama signed an academic exchange pact with the Agrarian University of Havana and the Cuban National Center for Animal and Plant Health last month. It creates a research partnership, as well as an easy channel for study abroad for students and faculty at both institutions.

It was faculty from Cuba and other Caribbean countries that pushed to bring Auburn to the island, said Henry Fadamiro, assistant dean and director of global programs for Auburn’s College of Agriculture. The academic benefits quickly became clear — particularly the opportunity to learn about sustainable agriculture from a Cuban system that does not use pesticides.

But academic freedom is a concern. With the Cuban education system, as well as the news media, completely controlled by the government, “the concept of academic freedom we have here doesn’t really apply,” Duany said.

“You don’t have academic freedom in Cuba right now,” said Carlos Ponce, director for Latin America programs at Freedom House, an organization that researches political freedom and human rights. “We’re talking about the possibility of something related to academic freedom in the future in Cuba.”

This is especially a concern for long-term programs and research or teaching partnerships. Cuban professors can be arrested for expressing views not supported by the government and students can be expelled, and American faculty and students there face the same environment. Particularly with fields that are more politically charged, in the social sciences or humanities, the outlook is somewhat bleak.

“You can have opportunities for discrimination, retaliation, harassment — that’s a fact,” Ponce said. “You’re going to encounter the same problem with any closed environment you work with. Until Cuba improves the environment for speech, it’s going to be quite a challenge all the time.”

He noted concerns that the Cuban government uses some exchange programs with the U.S. as propaganda tools. But as travel restrictions ease further and more academic programs are established, Ponce said it likely will become more difficult for the Cuban government to monitor American students and so strictly regulate their experience.

“Isolation and a lack of engagement with people at these institutions is not an option,” said James Williams, president of Engage Cuba, an advocacy group for normalization of relations. “We tried that for 50 years. If we want to see a better Cuba and a better United States, we’ve clearly proven that isolation does not work.”

American universities must also keep in mind the politics of sealing a partnership with Cuba, particularly on Capitol Hill, where the U.S.-Cuba opening is divisive. Supporters say education is a way to build bridges.

“The way to bring Castro down is to expand trade and open up Cuba,” said Sen. Charles Schumer, D-N.Y. “It makes no sense to close them off.”

But in the debates over whether to keep the trade embargo and block open travel to the island, the question of education has been largely left out.

“I don’t have any problem and think it could be a very good thing,” said Sen. Jeff Sessions, R-Ala., noting the academic benefits that the Auburn-University of Havana partnership could bring both to his home state and to Cuba.

In the end, said John McAuliff, executive director of the Fund for Reconciliation and Development, a nongovernmental organization working to normalize relations with Cuba, “Everything between Cuba and the United States right now involves developing trust.”