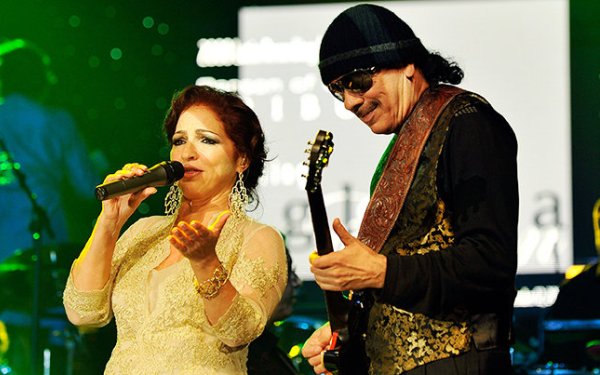 Donald Trump can add a new accomplishment to his portfolio. He is the first U.S. presidential candidate in memory to inspire an all-star protest song and record. Welcome, please, the budding anthem of solidarity, "We're All Mexican."

Their goal: To sing out against the vehemently anti-Mexican sentiments Trump expressed earlier this summer.

In announcing his quest for the GOP presidential nomination in June, Trump said: "When Mexico sends its people, they’re not sending their best. They’re sending people that have lots of problems, and they’re bringing those problems (to) us. They’re bringing drugs. They’re bringing crime. They’re rapists. And some, I assume, are good people."

In an interview with Billboard magazine published Thursday morning, the Cuban-born Emilio Estefan described the song as a “celebration of Hispanics and our accomplishments. There’s a message being sent out to the world where people are giving opinions that are plain wrong. We need to lift up our pride and show the world what we’re doing."

Estefan noted that he and Trump have been acquainted "for many, many years." He told Billboard that "We're All Mexican" "is not so much an answer to the real-estate developer turned Republican candidate as it is an answer to the sentiment that we’ve progressed (as Hispanics) and we need to let people know that. I want to send a message that represents unity.

“Trump doesn’t represent anything to me. Everyone has their opinion, and he can have whatever opinion he wants, as long as he doesn't humiliate my people."