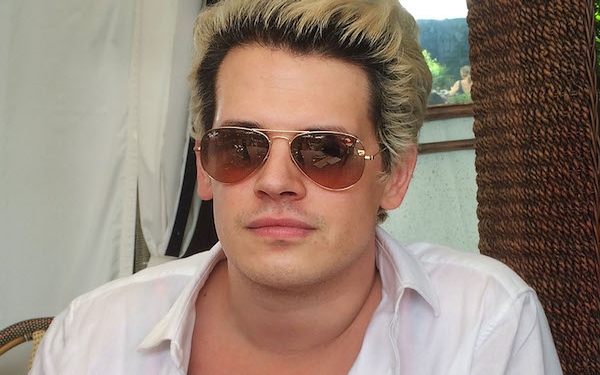 The victories of Republicans up and down the ticket last November temporarily papered over the major fault lines that divided the GOP base throughout the 2016 election. But those differences are beginning to surface again, and nowhere will such tensions be more evident than at this week’s Conservative Political Action Conference, which offers the first test of what it means to be a conservative in the Trump era.

The conference, a longtime gathering spot for grass-roots conservative activists from across the country, will open its doors Wednesday evening in National Harbor, Md., right outside of Washington, for a conversation that stretches through Saturday. CPAC, as the conference is known, always has come with its share of controversies over speakers and groups represented — but this year’s event is stoking particularly fierce debate over who should be considered part of the conservative movement.

A weekend debacle involving the inviting, and then disinviting, of now ex-Breitbart writer Milo Yiannopoulos, a hugely controversial figure, has some longtime CPAC stalwarts shuddering over the direction of American conservatism, and questioning why CPAC organizers would have invited him in the first place.

Yet even without him, the CPAC agenda still features a number of speakers who have embraced the populist nationalism that propelled President Donald Trump’s campaign — but that is anathema to more traditional conservative values.

“At this point, what is conservatism in the age of Trump?” asked conservative writer and Trump critic David French, who in 2012 won CPAC’s Ronald Reagan Award but will not be attending this year. “Because it’s starting to look an awful lot like just pure media criticism as opposed to the advancement of a coherent set of ideas grounded in the Constitution, centered around individual liberty, respect for life and strong national defense.

“This isn’t unique to CPAC,” he said, “but the conservative movement itself is in a state of flux right now, and the upheaval and turmoil you’ve seen over the Milo invitation and (it being) rescinded … is kind of a microcosm of that.”

Yiannopoulos is a provocateur who has a long record of making bigoted remarks, and has at times identified with the alt-right — a white nationalist movement. Plenty of conservatives thought that history should have disqualified him from an invitation in the first place. He was perhaps Breitbart’s most controversial writer, before stepping down Tuesday after remarks surfaced in which he seemed to make light of pedophilia — the same controversy that got him booted from CPAC.

“I am very relieved CPAC disinvited Milo,” said Al Cardenas, the former chairman of the American Conservative Union, which organizes the event, in an email. He continued: “Breitbart News editor, he does not represent conservative values and is unacceptable as a CPAC guest speaker on a (number) of fronts.”

There will still, however, be a heavy Breitbart presence at the conference — the latest evidence of the provocative organization’s influence in the Trump era. At last count, there were more Breitbart writers listed as CPAC speakers than U.S. senators (likely due, in part, to the fact that CPAC falls during congressional recess).

Breitbart senior editor-at-large Joel Pollak, Breitbart London editor Raheem Kassam and conservative activist Sonnie Johnson — who notes her Breitbart affiliation in her Twitter profile — all appear on the program. Ed Schultz, the MSNBC-turned-RT America host, the latter of which is funded by the Russian government, will also speak.

Meanwhile, Stephen Bannon, who is Trump’s chief strategist and previously headed Breitbart, will be in attendance and on a panel with White House chief of staff Reince Priebus. Bannon once described Breitbart as the “platform for the alt-right,” and the site is controversial even in conservative circles both for its attacks on Republican lawmakers and for coverage that has been criticized as bigoted and sexist.

CPAC organizers have made efforts to distinguish between the views of various speakers and those of what they see as belonging to the conservative movement more broadly. For example, Dan Schneider, the executive director of the American Conservative Union, will speak at a session Thursday morning titled “the alt-right ain’t right at all.” And ACU Chairman Matt Schlapp told McClatchy in an interview that Yiannopoulos had communicated that he was not a member of the alt-right, and was only going to talk about free speech issues, had he appeared.

“There’s not room for groups that would advocate racism within the conservative movement, and we reject those who might say the alt-right comes from a conservative point of view,” Schlapp said. “We don’t think it does. We’re going to talk about that, as well. The conference is going to start with that, we’re going to hit it head on.”

But beyond that, he said, even as the American Conservative Union has core conservative principles, “CPAC is broad, it’s diverse, even though it’s conservative, there’s a lot of viewpoints, and we try as much as possible to bring people together from all factions of the legitimate conservative universe and let them have a role.”

There’s no question that Trump’s election has affected the makeup of the ideological views represented at the conference. Populists who may not previously have identified with traditional conservative views feel energized by Trump’s message, said Charlie Gerow, a Pennsylvania-based Republican operative who is first vice chairman of the American Conservative Union.

“It’s a broadened coalition, there’s a populist element now coming into CPAC, the conservative movement, that didn’t begin with Donald Trump but he certainly accelerated it,” he said. Adding that he is no political philosopher, he continued, “If you’re going to be a governing majority, there’s always going to be tensions within the movement. That’s to be expected. You can be a very happy, tranquil minority where there are no differences of opinion, or a dynamic, growing, sometimes uncomfortable majority. I far prefer to be in the majority.”

And certainly, there are plenty of more traditional conservatives speaking as well: Wisconsin Gov. Scott Walker, Sen. Ted Cruz, R-Texas, a number of Republican members of Congress, administration officials and mainstream conservative political operatives and commentators are appearing too.

But Ken Blackwell, a longtime major player in conservative politics who spearheaded domestic issues on Trump’s presidential transition team, said it’s to be expected that CPAC may take on a different flavor with Trump in the White House.

“It’s not as if the present administration is the reincarnation of the Reagan administration,” said Blackwell, who will be speaking at the conference and said that conservatives have a “seat at the table” in the Trump administration. “The president has never pretended to be a movement conservative, nor is he an establishment Republican. … He is uniquely Donald Trump with a constituency broader than the conservative movement.”

But Cardenas, the former chairman of the American Conservative Union, appeared to express some reservations about the direction the conservative movement is headed. He wishes CPAC success, he said in an interview, but added that he especially hopes that “the attendees to the 2017 CPAC conference come to understand the differences between conservative philosophy and populism.”

Asked whether he was concerned that populism might supplant conservatism in the Trump era, he replied that “too many conservatives have knowingly and willingly surrendered key movement principles in return for political power and victory” over Democrats.

“It’s the gestation period of a new era in the GOP,” he said. “Everyone in the GOP campaigns as a conservative. The word itself has lost clarity in its meaning.”