"Ghost of Tsushima" follows the exploits of the samurai Jin Sakai. It is scheduled for release July 17. (Sony Interactive Entertainment/TNS)

Mark July 17 on your calendars because it’s going to be busy. It will feel a little like Christmas in the summer with two big titles scheduled for release on that day.

The more anticipated project is “Ghost of Tsushima” on the PlayStation 4, a title that has been in the works for years. Sucker Punch Productions offered a deeper dive into the exploration, combat and customization options in the game during a PlayStation State of Play presentation. Overall, the game looks to be a violent and gorgeous samurai epic that focuses on protagonist Jin Sakai’s battle against a Mongol invasion force on Tsushima Island in 1274.

The video delved into the exploration, which is aided by the wind. That part of nature helps guide players through a rich world, but they can use visual cues and even animals to discover other key locations. The combat appears to be divided into two parts. The first is the upfront samurai style that relies on sword fighting and likely heavy armor. Meanwhile, the other end of that coin is the dishonorable ghost-style which lets Jin attack in shadows and uses stealth. From the looks of it, this part of “Ghost of Tsushima” has an “Assassin’s Creed” vibe with distractions and silent kills.

The more interesting part of the presentation was the introduction of robust customization options so players can make their version of Jin unique. The team also showed off improvements to a Photo Mode. Players can change the particle effects and even add motion to the images. The most important part, though, is the confirmation of the Japanese voice track that will let players experience the game in the setting’s native language with English subtitles. To enhance the samurai movie feel of the game, “Ghost of Tsushima” can also be played in a black and white film grain filter. This could lead to some interesting livestreams.

The other big title coming that day is “Paper Mario: The Origami King,” a new entry to the role-playing game spin-off. Expect plenty of paper puns in the Nintendo Switch game that unfolds as Mario discovers something is wrong with Princess Peach. “King Olly, who claims to be the ruler of the Origami Kingdom,” has hatched a plot that can tear apart everything Mario holds dear, a news release stated. The upcoming RPG features new mechanics such as Mario’s 1000-Fold Arms ability that let him interact with the landscape by stretching, pulling and peeling parts of the world. It appears to reveal new pathways in this papercraft environment.

Along with the new powers, Mario will also recruit allies such as King Olly’s sister, Olivia, and even his longtime nemesis Bowser.

In addition to the updated look, “Origami King” will have a new ring-based battle system that relies heavily on puzzle-solving. It’s going to be turn-based and will require players to maximize damage by lining up enemies, according to Nintendo. As usual in the series, the game plays around with the paper motif and looks to do more with the space.

The Evo Championship Series 2020 may be canceled this year because of the coronavirus pandemic, but the spirit of the fighting game competition will continue via Evo Online. The event takes place over five weekends and will feature special exhibition matches and content that was planned for Evo 2020. In addition, Evo Online will have four open online tournaments. The sign-ups for that will be announced at a later date, but for right now, block off July 4 and 5, July 11 and 12, July 18 and 19, July 25 and 26, and July 31 to Aug. 2 on the calendar if you’re a fighting game fan.

It’s not going to be exactly the same, but perhaps fans will get to see some high-level play despite the inherent lag in an online tournament.

Previews
‘Watch Dogs: Legion’ surprisingly has a bit of ‘Pokemon’ in it
1,077 views 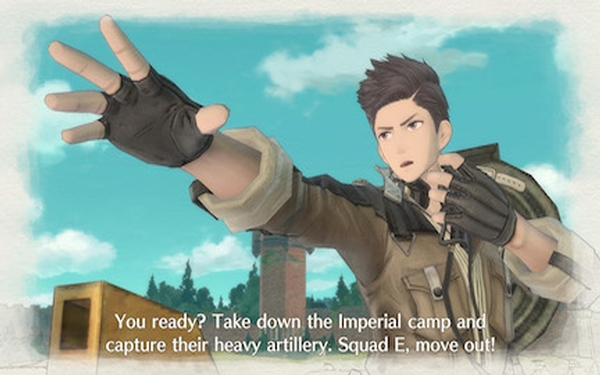 Previews
Is ‘Valkyria Chronicles 4’ a true sequel to the original?
1,557 views
bid=||