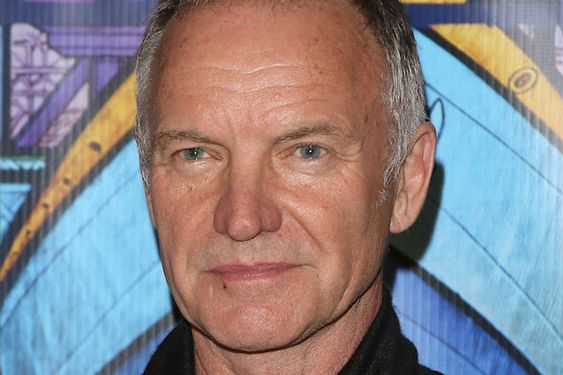 Sting has sold his entire songwriting music catalog — both as a solo artist and with The Police — to Universal Music Publishing Group.

The deal was announced by UMPG, Universal Music Group’s music publishing division, on Thursday. It encompasses global megahits including “Roxanne,” “If I Ever Lose My Faith In You,” “Desert Rose,” “Message in a Bottle,” and “If You Love Somebody Set Them Free.”

The British-born musician, actor and activist, born Gordon Matthew Thomas Sumner, has sold more than 100 million albums and won 17 Grammy Awards during his illustrious career, which started in the late ‘70s and shows no sign of slowing down.

His latest studio album, “The Bridge,” was released in November. In March he will resume his “My Songs” world tour in Europe, followed by his critically acclaimed Las Vegas residency at The Colosseum at Caesars Palace in June.

The “Englishman in New York” singer said that he was “delighted” to have his song catalog managed by UMPG and Jody Gerson, the company’s chairman and CEO.

“It is absolutely essential to me that my career’s body of work have a home where it is valued and respected — not only to connect with longtime fans in new ways but also to introduce my songs to new audiences, musicians and generations,” he said.

Lucian Grainge, Universal Music’s chairman and CEO, said that after having had “the privilege to work with Sting for over 20 years,” he is now “thrilled to expand our relationship to now include music publishing.”

Sting is a “songwriting genius whose music permeates global culture,” he added.

Terms of the deal have not been disclosed, but according to Variety, Sting was seeking around $350 million.

The 70-year-old pop superstar is the latest artist to strike a multi-million dollar deal with the sale of songwriting and recorded music catalogs.

Last month, Sony Music Entertainment announced that it had purchased rights to music recorded by Bob Dylan for an estimated $300 million. About a year before that, UMPG announced that it’d bought the Nobel Prize-winner’s songwriting catalog in a deal estimated to be between $150 and $200 million.

In December, Sony purchased Bruce Springsteen’s catalog, covering both his songwriting and recorded music, for a reported $550 million.

Reps for Sting and the Universal Music Publishing Group didn’t immediately respond to a request for comment.