As Coachella approaches, Kanye West’s legacy hangs by a thread

Provided he doesn’t catch COVID the day before, or end up stuck on a yacht somewhere with Elon Musk, or pull out of the lineup in protest (as he recently threatened to do) because Billie Eilish declined to apologize to Travis Scott for something she didn’t actually say, Kanye West — rapper, producer, designer, provocateur — will headline the final night of next month’s Coachella festival.

The gig will mark West’s second time atop the bill of pop music’s most important fest, following his first headlining performance in 2011. That show, which came on the heels of his sprawling “My Beautiful Dark Twisted Fantasy” album, was widely hailed as a masterpiece of attitude and theater — “the purest form of hip-hop at the highest level,” as rapper Pusha T, who joined West onstage that night, later described it to Complex.

In the decade since, though, West, now known legally as Ye, has seemingly done everything in his power to keep from being praised that lavishly again. He famously embraced President Donald Trump and said that slavery sounded like “a choice”; he ran for president himself (sort of) and began palling around with Marilyn Manson after Manson was accused of sexual assault. Last week, amid a protracted divorce from Kim Kardashian, he descended to what might be a new low with the release of a crude and disturbing music video for his song “Eazy,” in which he depicts the murder of Kardashian’s boyfriend, comedian Pete Davidson. The video came after weeks of taunting by West that led Kardashian to publicly ask her ex-husband to leave Davidson alone.

Yet despite all this — despite how trying it can be to track West’s antics, to put in kindly — I’d be lying if I said I wasn’t looking forward to his Coachella return.

And of course I’m not the only one: Even in a post(ish)-pandemic year when booking top acts has become tricky business, there’s zero chance the concert promoters at L.A.-based Goldenvoice would put West at the center of their flagship show if they didn’t think he’d draw an enormous audience. In July he’s scheduled to headline another massive festival, Miami’s Rolling Loud, alongside Kendrick Lamar and Future — proof, along with TMZ’s breathless tabloid coverage of his recent romance with actress Julia Fox, that he’s still among music’s biggest, most closely watched stars, even if his days of ubiquitous hit singles are behind him.

Will some number of the people gathered at Indio’s Empire Polo Club on April 17 and April 24 be there in the grim hopes of witnessing a car crash? No doubt. But the anticipation for West’s performance also demonstrates his singular ability to hold our attention — and to keep alive the possibility, however diminished, that another masterpiece awaits.

West, who says he’s been diagnosed with bipolar disorder, provided clues as to what his show will look like with his recent listening sessions for his 2021 album “Donda” and its sequel, “Donda 2,” a version of which just came out on a proprietary digital music player he’s selling for $200. Held in stadiums in Atlanta, Chicago and Miami, the events have featured a realistic replica of the home where West’s mother, Donda (who died in 2007), raised him; they’ve been long on moody, goth-adjacent atmosphere and have included moments of showbiz razzle-dazzle like one in which West (or a body double) ascended into the sky on a contraption that made him appear to be floating.

Then again, as various members of West’s team have documented on social media, these elaborate productions — somewhere between a concert and a kind of tableau vivant — have taken days to build out, advance time he presumably won’t have at Coachella, where acts shuffle on and off the main stage with hurried precision.

Perhaps instead he’ll offer something like the fast-moving greatest-hits set he performed in December during a prison-reform benefit with Drake at the L.A. Memorial Coliseum. Whipping through classics like “Jesus Walks,” “Gold Digger” and “Touch the Sky” — songs that expertly blended confession and bravado — West seemed to be having more fun than he‘d had in ages; the show caught some of the dogged exuberance we see in the early portions of Netflix’s decades-spanning “Jeen-yuhs” documentary, back when West was creating the beginnings of the catalog that would inspire fans to stick with him through the years of turmoil to come.

Like the tens of thousands of cheering fans around me, I thoroughly enjoyed myself at the Coliseum. (It made me ponder too which other rappers over the age of 40 could fill a stadium these days. Jay-Z, certainly. Dr. Dre? Seems about it.)

As satisfying as the concert was, though — a welcome reminder of an era when music, rather than fashion or half-baked technology, was West’s primary pursuit — I’d be disappointed if he simply reproduced it at Coachella. From Daft Punk in their glittering pyramid to Beyonce’s loving tribute to historically Black colleges, the desert festival is a place to showcase artistic ambition — to make grand narrative statements, to synthesize conflicting ideas, to use public spectacle as a means of expressing private truth.

Indeed, what I really want from Kanye at Coachella is a make-it-all-make-sense moment; I want to understand why the guy who once rapped so vividly about God and family and America’s hatred of Black success is now wasting his time — and ours — creepily stalking his ex-wife’s new lover. There’s no acceptable rationale for that behavior, which comes as close as West has to hurting another person. But to the extent that an artist can be considered separately from his art — a fraught proposition we seem willing to keep reexamining — the emotional wisdom in West’s old music suggests he may yet explain himself.

Is that too much to expect from someone whose decisions can seem driven by sheer impulse? One of the most striking things about “Jeen-yuhs” is watching West derive energy from his underdog’s fight to get others to take him seriously as a rapper. Years later, he’s still working against headwinds, but now they’re of his own making. Clarity is there if he wants it.

Blog
'Who's Jack Harlow?': A guide to the unavoidable rap star
240 views 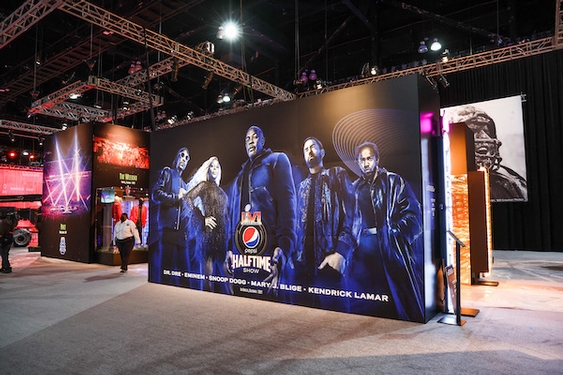 Blog
The game should be good, but are you more stoked to see Dr. Dre? Here's your Super Bowl playlist
658 views
bid=||